10 Tips for Fashion Bloggers Who Want to Start Using Tumblr

In the ever-changing world of social media, Tumblr is fashion’s latest darling. This micro-blogging service (described as a hybrid of Twitter and WordPress) lets people share text, quotes, photos, videos, audio, and links in one super user-friendly environment. In less than 4 years, Tumblr has carved out a major space for itself in the fashion industry with brands like DKNY, Kate Spade, and Anthropologie creating Tumblr blogs and Tumblr itself sending a cadre of fashion bloggers to cover NYFW every year.
Even if you don’t want to host your main blog on Tumblr, it can be an excellent addition to your overall social media strategy. The Lingerie Addict Tumblr (which I started in March 2011) is a photoblog companion to my primary hub, The Lingerie Addict. In the six months since I’ve started using Tumblr, it’s not only become one of the top 5 referrers to my blog, it’s also developed its own passionate following of over 3,500 people…people who may never have heard of The Lingerie Addict had they not first encountered me on Tumblr.
But developing a new social media presence can be hard, and we already know it can be time-consuming. With that in mind, here are 10 tips to make the most of Tumblr.

•    Customize your Tumblr. We all know that people decide if they want to stay on a website in about 2 seconds, so do what you can to make new visitors want to stay on yours. If you’re on a tight budget, Tumblr has lots of free themes to choose from, and if you know a little html, you can often alter your theme to match the rest of your brand.

•    Search Tumblr for the people who are blogging in your niche. After awhile, you should see some of the same names appear again and again. Follow them. A few will follow back because they’re really nice, but don’t expect a follow back…especially if you’re just getting started. Fashion Tumblr Blogs to Follow is a good resource to start with.

•    Start liking and reblogging from other accounts. Sharing is essential to the Tumblr experience, and can also help with getting you on another blogger’s radar. More importantly, it keeps a steady stream of updates on your Tumblr. Just remember not to spam. No one likes getting messages like “Please follow me!” in their comments or inbox. If you material that’s worth following, you’ll get followers. Speaking of updates, that brings us to point #4…

•    Regularly update your Tumblr. Like most social media, Tumblr requires daily upkeep. Unlike most social media though, Tumblr moves very quickly…more at the pace of Twitter than Facebook. It’s essential to post fresh content to your Tumblr several times a day. Use the queue function to schedule posts for when you’re away from the computer or working on other things. 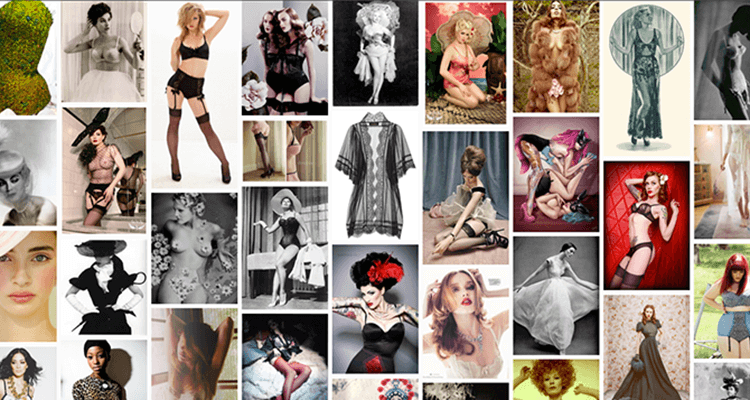 •    Embrace the shorter format. Tumblr works really well with highly visual niches like lingerie, art, makeup, photography, and (of course) fashion. Photos are the best way to take advantage of Tumblr’s strengths, especially since most people interact with your Tumblr through their dashboard (as opposed to visiting your actual page).

•    Remember to budget your time. Tumblr never sleeps, and there have been instances when I’ve loaded my dashboard, gone to get a drink of a water, and come back to find 80 new posts. Though Tumblr can be a lot of fun and it can do great things for your brand, it will also pull time away from other essential tasks if you let it. Schedule 15-minute Tumblr breaks (and stick to them!) to avoid being sucked in.

•    Leverage your existing network. I thought about putting this step earlier, but I think it works better here as asking people to visit a dead page can be counterproductive. Ask your blog readers, Facebook fans, Twitter followers and so on to follow your Tumblr, and remember to tell them what makes your Tumblr unique from your other social media platforms. In my case, Tumblr is a photoblog only; for in-depth articles, my readers still need to visit my main blog.

•    Don’t make content creation any harder than it has to be. Tumblr is a great way to get new eyes on those timeless blog posts that haven’t been viewed in awhile. Photos your friends post to Facebook and Tumblr are also a good source of material, not to mention photos from blogs you’re reading already (with full credits, of course). And let’s not forget your smartphone. Tumblr has an iPhone app that lets you load photos directly to the platform, and Instagram also connects to Tumblr if prefer more artistic shots.

•    Analyze and monetize. By now, you should have some momentum and some familiarity with the platform, so it’s time to start keeping track of what works…and what doesn’t. Connect your Google Analytics account to Tumblr, and take note of how people are finding you (both traffic sources and keywords) so you know if your promotion strategies are working. You can also easily implement Google Adsense to monetize the platform.

Are you on Tumblr? What’s your advice for making the most of it? I’d love to hear in the comments!

Bio: Treacle is the founder of The Lingerie Addict and a digital media strategist for the lingerie industry. She loves science fiction, lingerie, and fruit roll-ups…thought not necessarily in that order.