How Blogger Elise Gabriel from Accidentally Jetset Balances It All 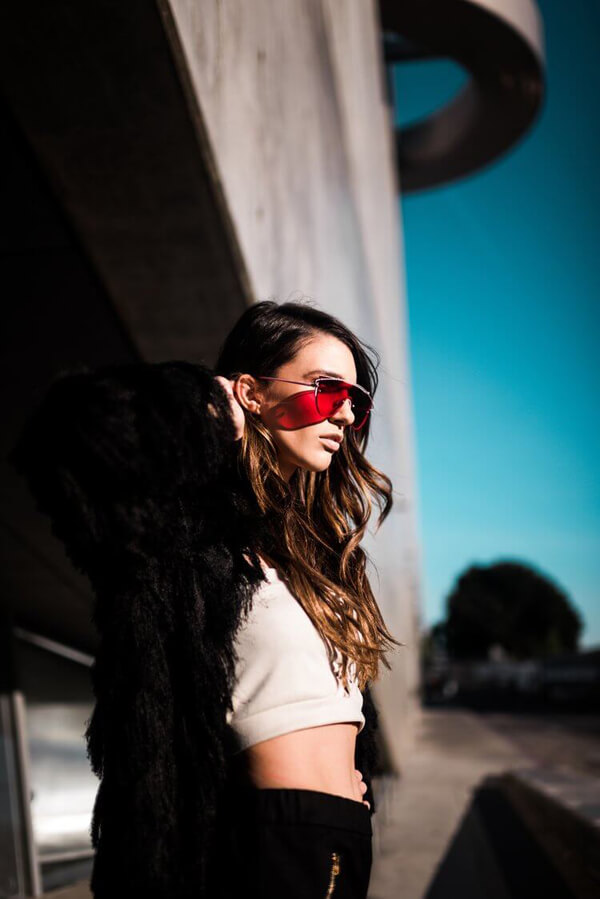 “I do a lot, and I don’t get very much sleep,” she confesses at the beginning of our interview, on how she balances the rest of her life around with Accidentally Jetset and its success. “But I feel like that’s the price you have to pay, if you want to accomplish things that are out of the ordinary.”

Despite her blog only being a year and a half old (and Gabriel’s constant state of jetlag), Accidentally Jetset is one of the most visually-pleasing fashion and travel blogs to come out of the West Coast of North America in the past few years. There is no doubt about it: the selection of imagery presented on the blog is stunningly curated, with plenty of attention to detail.

When Gabriel founded the blog is 2015, she originally intended to use it as an online space to showcase her photography. But what was meant to be a creative hobby, quickly developed into something more. “I just put up some pictures and it was incredibly successful,” she says. “It got tons of traffic.”

Nowadays, the Accidentally Jetset brand has evolved into a community, as opposed to an online space for Gabriel to chronicle her adventures. Her followers are quick to message her on Instagram and share their recommendations when she’s visiting new neighborhoods. And although Gabriel does create a lot of the content herself, she readily shares that she collaborates with local photographers when shooting outfit looks, and has recently took on an intern (“She’s a godsend,” Gabriel says).

Interested in learning more about Elise Gabriel’s story? Check out the highlights of IFB’s interview with this top-notch blogger, entrepreneur and all-round inspiration below… 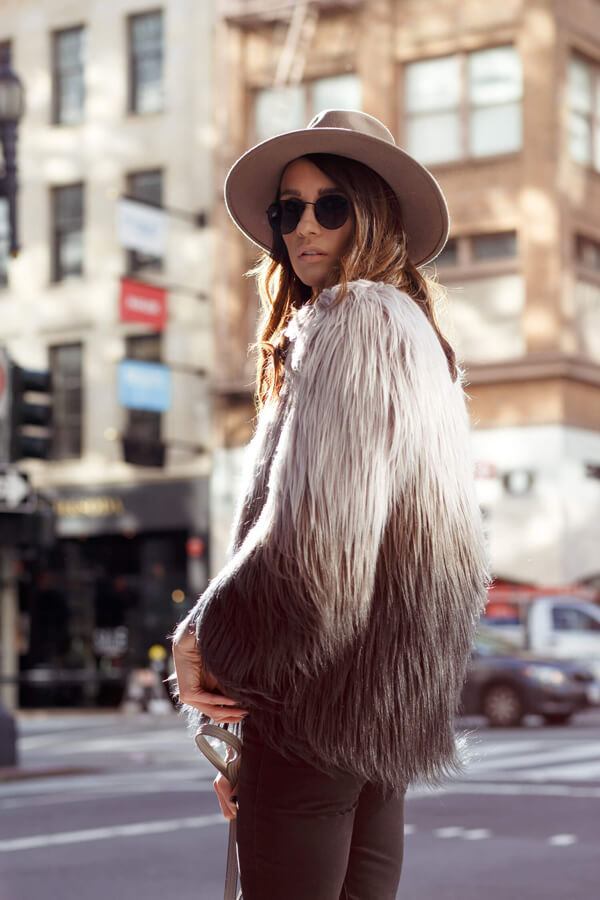 The Secret to Accidentally Jetset's Success: It Evolves with Its Founder

IFB: Prior to launching Accidentally Jetset, you had a thriving career in marketing. Therefore, when you conceived the idea of starting a blog, did you go into it with a clear idea of its branding in mind or is the Accidentally Jetset brand something that developed overtime?

Elise Gabriel: The short answer is, yes and no.

I’m a big planner and I’m very driven. When I started my career, I moved back to LA (where I was born, but not where I grew up) and I found a lot of people there really liked to talk about things they were going to do (like be a lead actress in a film or writing a screenplay}. They were good at “talking the talk”, so to speak, but not so good at walking the walk.

When [the idea of Accidentally Jetset came to me] I thought, “You know what, before I talk to anyone about this I’m actually going to do a mini-branding.” I really thought about what Accidentally Jetset meant to me, and how it reflected [certain recurring themes] within my life. I wanted it to represent my work ethic and my independence.

Nowadays, Accidentally Jetset has a slightly new meaning. I’ve got all these things going on in my life – I have a successful fashion and lifestyle blog, I’m launching a company, and I have a career I’m very proud of. Rather than having Accidentally Jetset focus on myself as a blogger, it’s now more about the stories and lessons I’ve learnt on the road. I’m really growing and I feel like that is reflected within the Accidentally Jetset brand.

Career vs. Blog: The Balancing Act of Being an Employee and Being Self-Employed

EG: I grew up in a family of entrepreneurs. My parents have had very successful careers in the music industry . . . I grew up in that kind of environment where they both had flexible schedules – but understood that flexible schedules doesn’t mean you’re hanging out all day. It means you’re working on weekends, working all the time to get stuff done. And that was a great model for me to see. But even though my parents had a successful business, they certainly had their ups and downs.

As a young adult – going into school, graduating and starting my career – I totally went the opposite way. I really felt like I wanted the security and the stability of a “professional career”. So, I did that for several years [and started working in marketing.] I felt like I needed to check that off the list, unlock that accomplishment and prove to everyone that I could do it.

And it was great for me. I learnt processes, I was able to work with incredibly smart people – and now I have a career I can always fall back on. However, having done that for several years, when I did decide to dip my toes into creative interests (like blogging) it felt a bit scary – because there’s no direct path to take [when you’re following creative intuition as opposed to trying to achieve accomplishments to build a career.] I started to gain the confidence, after testing out one little idea after the next, little win by little win. And every day it’s really scary. I could just go back to working for a start-up or an advertising ad agency, but a guaranteed fat paycheck. But I want to take risks in my life and, ultimately, be in charge of my own destination. 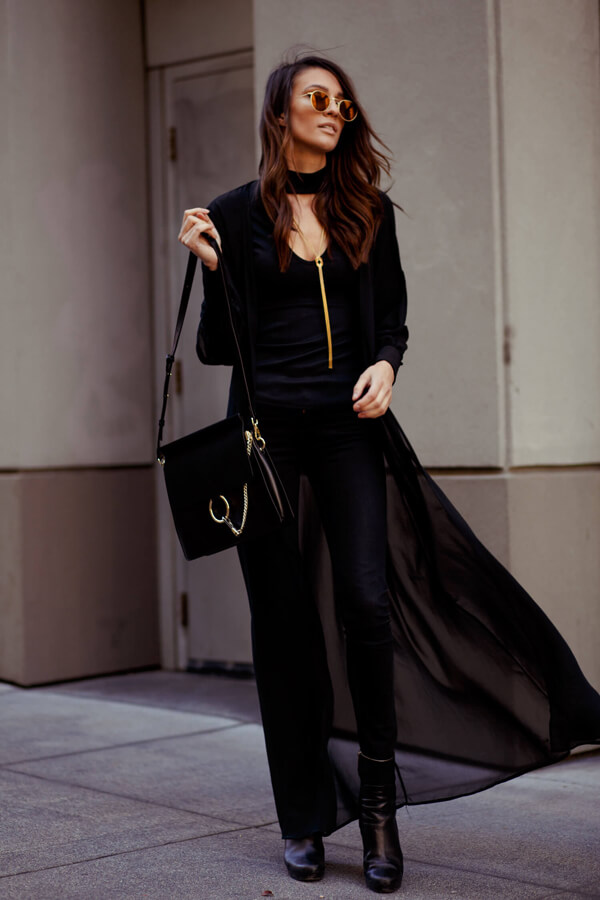 IFB: There’s absolutely no question about it: Accidentally Jetset is a very visually-pleasing blog. Can you tell us a little bit more about the photography behind the blog?

EG: Most of the time [when it comes to snapping the images of myself and my outfits], I work with professional photographers – and that just really comes from being a signed model in the past. I had a ton of photographer contacts, although a lot of the photographers that shoot professional model aren’t interested in shooting bloggers, and vice versa.

When I was first starting out, I reached out to a ton of photographers that I knew. And a few of them were interested in shooting with me. I reach out to others and said, “Hey, I’m launching this blog” and showed them my style of photography, what I liked, etc. If they were into it, if that’s something they wanted to add to their portfolio, they’d shoot with me for free [also known as “trade” or collaborating].

Once the blog started getting more serious, I started to reach out to photographers who I knew could nail my style every time [and started paying them for their time]. It was just a lot easier than having to worry about chasing up images weeks later and not feeling committed to posting a picture on the blog, if I didn’t like it. Paying a photographer for a shoot (if it’s not a collaborative project) is actually just a lot easier; the photos arrive on time, I can shoot what I want and I get what I want – and everyone walks away happy. 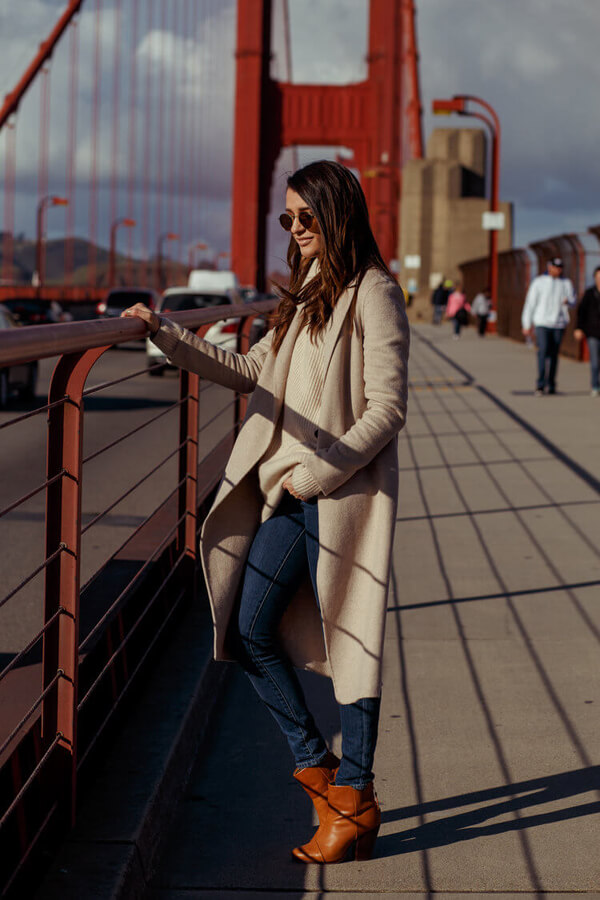 On Keeping Organized (While Dealing With Jetlag)

IFB: As you're constantly traveling and on the go, how to do stay organized and keep on top of posting on the blog, social media, etc. regularly?

EG: I do use some scheduling planners for Instagram posts – I have Planoly on my phone, and another one called Preview. I think I like Preview better for now. But I do always try to keep an element of fun and spontaneity in everything I do – you know I’ll leave ten, twenty percent of my week open for spontaneous Instagram stories. I mean, that’s what Instagram was originally meant for, right?

Although there is some scheduling and methods [to running Accidentally Jetset], I do value being able to make spontaneous, creative decisions. I don’t want the blog to look too thought out, too overly-planned. I do like to keep an element of professionalism and prepare ahead of time, but I don’t want it to shut down my creativity and take the fun out of running “Accidentally Jetset.”

I also use calendars for everything. Calendars for Accidentally Jetset, Calendars for my life. I'm also a big “paper planner”. I like to take notes and have lists, and “crossing things off”. That way I can feel, “Ok, that's accomplished. I can cross things off.” 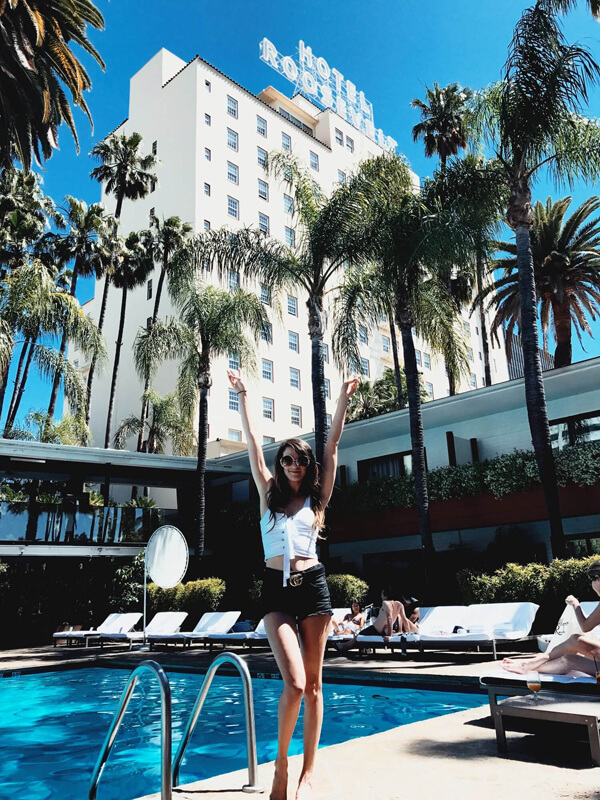 Big thank you to Elise Gabriel for taking the time to chat with us at IFB – and be sure to follow her on social media. For more information and updates on the launch of Paradox Beauty, sign up to the email notification list HERE.