How to Illustrate Your Posts to Make Them More Clickable 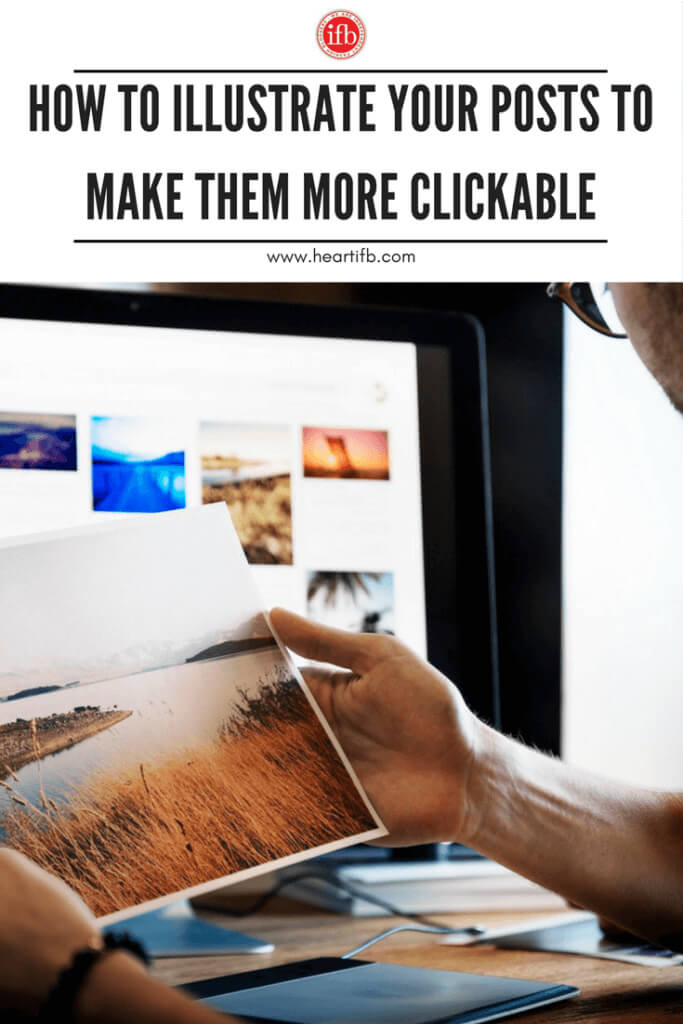 There are a lot of articles online about how to write great content. And obviously, that’s all very useful. At the same time, it’s only a part of the battle. An equally important aspect of creating clickable material is having great images. After all, that’s the very first thing people are going to see if you share any of your content on social media, for example.

And yet, lots of people get their images only as an afterthought. Don’t be one of those people as you’re sharing your content short. Instead, work on finding a good strategy for finding the best images for your site. Here are some of what I’ve found to be very effective to get the best images for my site.

I don’t know what it is, but if people see a low-quality picture they’ll often believe you’ve got a low-quality website. Naturally, that’s the last thing you want. So make sure that you get an image that isn’t pixelated, that the colors are crisp and that the content is as clear as it can be.

In general, you’ll want the main image of your blog to be the best picture you’ve got. At the same time, do watch out that you don’t select an image that is too big as big images can slow down your load time. And that isn’t good, either as people start dropping off pretty quickly when the load time exceeds three seconds.

Really, you should. They’re all over Youtube and places like it and the great thing about taking them is not just that you have a better understanding of photography (though ‘just’ isn’t really the right word there) it’s also that you’ll have a much better idea of the terminology.

And that’s a huge advantage because that’s the terms that photographers will use to describe the pictures they’ve taken. In that way, when you’re searching through a database of pictures you’ll go from guessing what words they might have used to something far more like an exact science, which will make it more likely you’ll actually find what you’re looking for.

Arresting colors can really grab people’s attention and pretty much make them stop scrolling all on their own. So use that. Get images with colors that really pop out at the reader. Don’t just take the images provided by the stock photo sites, but change them, alter them, make them your own by touching them up in Photoshop.

In that way, you can make them more arresting and more interesting.

Don’t just stop there, either. Also consider the psychology of color, which has some fascinating things to say about what colors you should use for your audience. This matters more than you may realize as studies have shown that snap judgments about brands are made up largely based on the colors associated with that brand. In fact, the best sites work very hard to create the right color pallet for their audience. So make sure that you’ve got the right colors and that they say the right things about you. For example, red is for excitement and blue is for competence.

In his book Hit Maker, Derek Thompson talks about how things that do well need both an element of familiarity and yet a hint of originality. If it’s too familiar people will decide that it is boring. If it’s too original, then they will find it too new and will be equally repulsed by it.

So what you’re looking for is to use images that follow the basic guidelines of what is popular on the internet right now, but add something new and interesting to it. So, somebody strolling on a beach in cowboy boots (okay, maybe not, but you get the idea).

Of course, how much originality and similarity you need depends on your audience. If you’re creating content for elderly church-goers you might need to be a bit more on the similar side, while if you’re looking for material that is supposed to draw in teenage graffiti artists, then originality is probably a more important factor to consider.

Make it about them

Similarity attracts. So use that. Use images of people that your audience can identify with. Have people wearing the same kinds of clothes, wandering through the same kinds of environment and look physically similar to the people in your target audience. In that way, they’ll be far more likely to feel they identify with the subject of your content and will, therefore, be far more likely to click through.

To be even more effective, don’t just use your audience, but use the people your audience wants to be. Make the person slightly younger, slightly more successful and slightly more attractive. This works particularly well if you want to give your audience advice about how they can improve their lives, do better at a business or become rock stars.

Image selection, as I’ve hopefully managed to demonstrate, isn’t so much art as science. There are a lot of factors to consider – mainly from the area of marketing and psychology – that together will give you a far more effective strategy than if you just rely on dumb luck.

So start experimenting. Even better, start experimenting scientifically. Start using UTM tags to know where traffic is coming from, then create ads on social media, with different images. Then, based on the tags, you can see what tags work best for your audience.

In that way, you can start working out what actually works well for you and what doesn’t. From there you can slowly move towards images that are optimized for your audience and thereby get ever more clicks on your stories.

Do that for a while and you’ll become the next image guru, able to write informed stories about image selection that blow this one out of the water.