Why the Site Speed of Your Blog Is Really Important 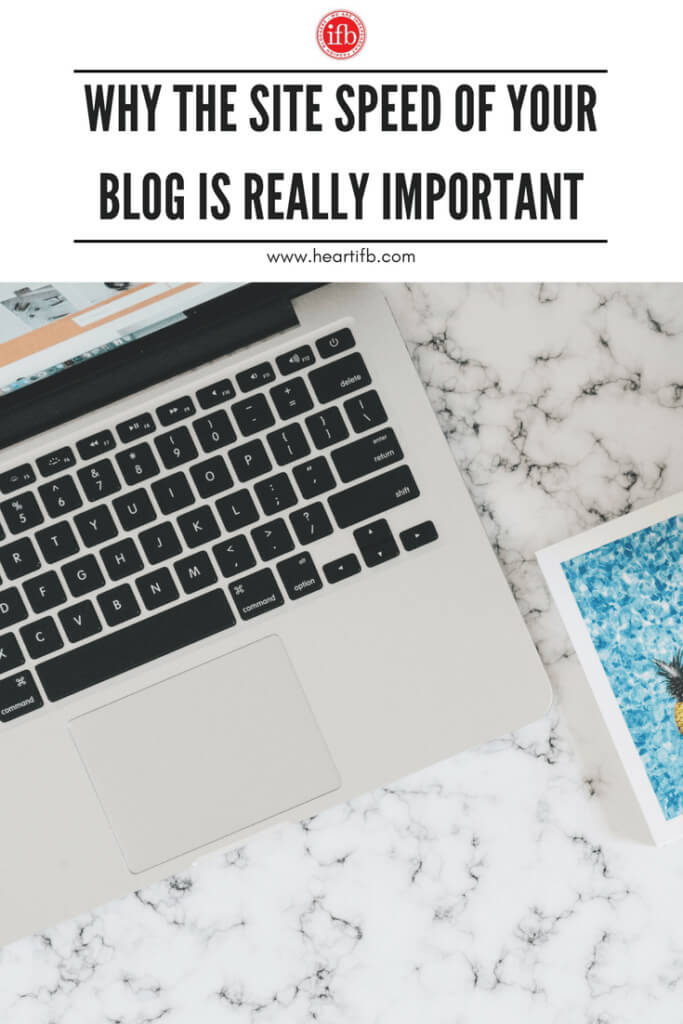 When you first start a blog or a site, there are so many things to keep track of. What colors are you going to use? Where will you place your elements? How often are you going to share content? And really, that’s just the tip of the iceberg. So you can be forgiven for not worrying about how fast your website goes.

The thing is, though I might forgive you, the internet won’t. Consumers aren’t very forgiving. That means that every second added to load time will directly hit your bottom line.

That’s because nearly half of consumers say they expect a webpage to load in 2 seconds or less and they will abandon a site if it doesn’t load within 3 seconds. Where are they going to go? Well, chances are that’s going to be your competition.

Even more worryingly, the more fast websites are the norm, the more frustrated people will become with a site that doesn’t load fast enough. They’ll assume that this site isn’t professional and when they assume that about your site, you can be pretty sure that they’re not going to fill in their credit card details. After all, a lot of people still worry about online security and privacy. And if they think you’re not professional, they’re going to assume that isn’t well considered either.

It doesn’t stop there, either. It doesn’t just affect your numbers directly. It also has an indirect impact as Google actually ranks you lower the longer your load time! Yes, it’s crazy, but nonetheless true.  Why?

Well, they ran an experiment with 10 or 30 search results on a page. Users had said that they’d prefer 30 results per page and that made sense to Google. The only thing was, the results that came back showed exactly the opposite. When people were shown 30 results the traffic dropped by a shocking 20%. The reason? The pages took ½ a second longer to load and that was too much for most people.

So now that’s a factor in them deciding where you rank in their algorithm. Now, do note that it’s only one of many, but it still matters.

For that reason, you need to take whatever steps you can to make your website as fast as it can be. Fortunately, that isn’t actually that hard. Let’s look at some of the best ways to speed up your site.

Step 1: Establish what speed your site is running at

Step one is to establish the speed of your site. There are plenty of free plugins and sites that can help you in that regard. Check out web page test, for example. They’ll give you a whole breakdown of what bits load when, as well as analyzing the user experience.

The great thing about sites like these is that you don’t just get an overall loading time, but also tell you what parts of the process are taking the biggest chunk of your time. Then you can focus on the bits that are taking the most of your loading time and thereby speed up your website in the right places.

Generally the biggest load time on your site will be the images you use. For that reason, make sure that you optimize these before you upload them. That can be done in most graphic programs. For example, in Photoshop you can save images ‘optimized for the internet’, which will make them a lot smaller.

Don’t let your site do this for you! You see, sometimes what then happens is that the image has to first be loaded in its entirety before it can be resized to fit the user’s screen. That is obviously going to slow things down some. Better to do all of that offline.

Also, save images in JPG or PNG. Don’t use BMP or TIFF. Those are far bigger formats.

Particularly if you have large pages (which you naturally do if you want to give your customers high-quality content, which is essential even if you’re not giving your readers a dissertation writing service) then you should compress them. Basically, this means that they get sent packaged and the browser unpackages them on location.

Possibly the most common compressor out there is gzip, which is supported by 90% of modern browsers. How much does it speed up pages? By up to 70%! So yeah, that can be a phenomenal way to jack up your speed.

Caching is a system where the page gets saved in its current form so that the whole thing can be shot of to similar users with similar requirements. If you do not have a cache plugin installed, that means that every time somebody visits your page, the page will get reconstructed from scratch, with their browsers calling up the individual elements and then putting the whole thing together.

That is markedly slower than calling it up from cache. So, make sure that you get a good cache plugin. If you don’t want to go through the entire hassle of finding the right one, consider the WP super cache plugin. It works well.

Above the fold, in case you’re unfamiliar with the term, is the stuff that people see on their screen initially when they load the page. This is where you should focus your page’s loading, as if this starts popping up right away, most users will be satisfied to wait a little longer to be able to scroll down (provided there is actually interesting content here, of course – if it’s just a picture, then they might still end up frustrated).

So prioritize this and the rest of the page can take a little longer to load.

It’s unfortunate but true. As people get used to fast speed, they’re becoming ever more impatient. This probably does not bode well for society. At the same time, as a blog or site owner there is little you can do about that.

Having your page load more slowly to prove a point is certainly not one of the things you should consider as chances are the only thing that will happen is that you’ll lose your audience. Instead, why not use a pointed quote? Perhaps, consider ‘patience is not the ability to wait, but the ability to stay positive while you do.’ Then your audience can consider that for the full second that your page now needs to load.