Top 10 Photography Mistakes You Should Avoid 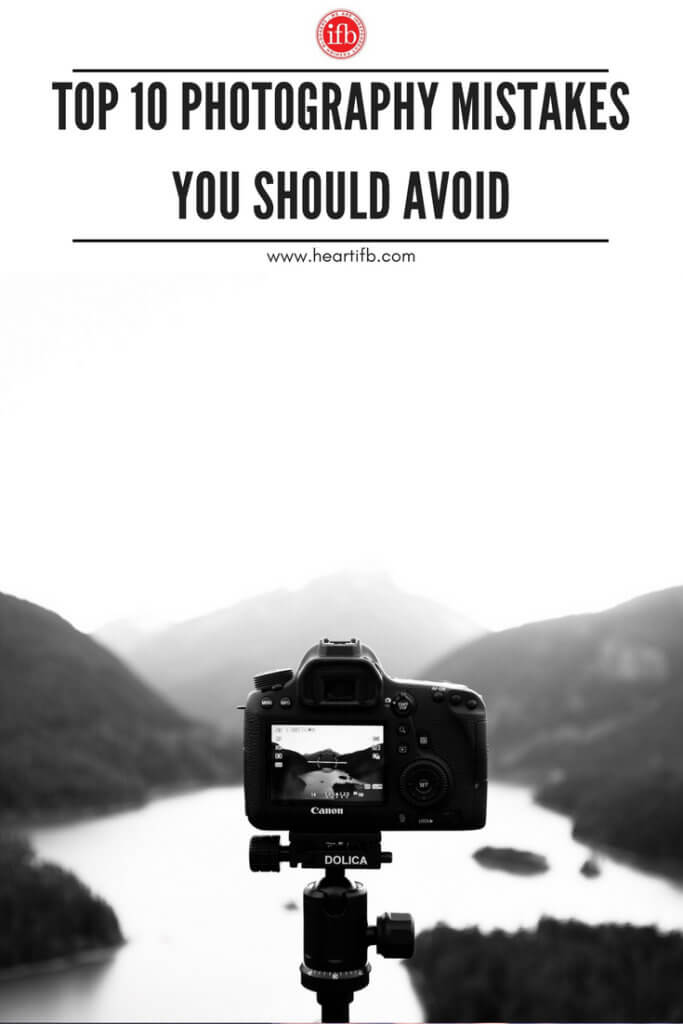 However, good photography is not merely limited to these two factors, but the way photos are shot and videos recorded. Quality of work matters when you check this out later. Therefore, all photographers should avoid the common photography mistakes that they usually forget to take care of, ultimately leading to poor photography. Corrupt memory cards, damaged camera, damaged photographs, poor-quality photos and videos, loss of photos, etc. can be the other effects of a poor photography.

1. Capturing photos on a low battery

Many photographers, especially those in the initial days of their career, start capturing photos with cameras on a low charge. After a few minutes, they come to realize that the charge in the battery has become considerably low, therefore, not allowing them to shoot further. The next moment, the shutter of the camera closes, therefore, restricting them from proceeding with the work.

Consequently, photographers should ensure that battery is fully charged and that they should have an extra pair of charged batteries.

Shooting without enough space in the memory card is a common mistake that photographers, especially those new in the profession usually make. In this situation, the point in time they go for a shot, there’s a message thrown on the screen of the camera that there’s insufficient space and that they would have to release some space. Such a condition prevents professionals from capturing photos, which is indeed a great setback.

3. Holding the camera when it is mounted on a tripod

Following close behind are photographers holding their DSLR camera even when it is fixed on a tripod. For quality photography, holding the camera in hand while it is mounted on a tripod does not go hand in hand. In fact, such an action ends the exact purpose of having a tripod and harms the shot photograph by degrading the quality. The reason being, holding the camera in hand while it is on tripod transfers the vibrations of your hand to the camera, ultimately ruining the slow shutter speed shots.

Therefore, photographers should not hold the camera in hand when it has already been mounted on a tripod.

The selection of automatic focus is yet another common mistake made by photographers. It is true that auto-focus is recommended. However, allowing the camera to select the focus point always is a lack of knowledge displayed by the photographer. Automatic focus-point selection helps only on rare occasions such as when capturing birds in flight with the servo focus enabled, and in the case of budding photographers.

Apart from situations like these, auto-focus point produces low-quality unusable photos and hence should be avoided.

5. Missed backup of the captured photos

Photographers who have never encountered photo loss situations yet or the ones who are new to this profession often avoid creating backups of the shot photos. However, they can lose all photos due to several reasons such as deletion and corruption in the SD card. Had they created a backup, it would have been easy for them to recover photos from it, which is not possible without a backup.

Therefore, photographers must make it a regular habit of creating backup of the photos each and every time they have covered a photo session. This will, in turn, help avoid photo loss situations.

*For missed backup, accidental deletion of the photos, corruption in the memory card, you can see programs like the Stellar Phoenix Photo Recovery Software.

6. Cleaning the camera lens with any cloth

It is another common mistake made on a regular basis. Even professionals do not inculcate the habit of cleaning the camera lens properly. They usually are into the practice of cleaning it with any cloth found nearby to clean the lens that got dirty with use. This, however, should be avoided as it leads to scratching of the lens as the cloth used for cleaning, usually contains dust particles. It may also contain oily substance resulting in the growth of fungus on it.

To avoid such repercussions that arise due to unavailability of clean cloth, a 0.5 microfiber cloth should always be carried along by photographers for cleaning the camera lens.

7. Turning on the On-Camera Flash

Turning on the on-camera flash is yet another mistake that photographers make and end up capturing bad photos at the beach, late in the evening, or of the full moon. They think that the flash can light up the ocean, which is exactly not the case. The reality is that anything that is meters away from the camera cannot be lighted up with the usual flash. Therefore, the on-camera flash must be switched off in these situations and should be switched on only as a last resort. At times, even if the in-camera flash is switch on, taking quality photos in such environment without a flash is still possible.

Processing of captured images is equally important as shooting them. It deserves at least few percent of this article. Using freeware photo editors is about making mistakes with pictures post shoot.

For editing photos which is a post-processing process to improve the quality of the captured photos, both free and premium tools are available. There exist some free utilities such as GIMP that have advanced photo processing algorithm but fail to provide facilities such as smooth interface, good backup, cataloguing options, etc. – factors that help to double the productivity.

Therefore, using free photo editing software should be avoided as it hampers the pictures and do not treat them right while editing them. Instead, any advanced and enhanced premium software that have assured results, must be used by photographers for editing photos.

9. Not using the SD memory card & camera the proper way

Many new photographers fail to use the memory card properly. For instance, turning off the camera before a photo is written to the card, removing the card in between the writing process, taking away the card before wholly transferring the pictures, etc. are a few actions that can make the SD memory card corrupt, therefore making the captured photos unavailable.

To avert the improper usage of the SD Card, such actions as mentioned here that causes corruption in the card must be avoided. Therefore, memory cards in the camera must be used in the right manner. Read more on corrupt SD card Recovery http://www.stellarinfo.com/article/sd-card-recovery.php

10. Accidental deletion of the captured photos

Unaware of the usage of the camera, be it either due to a new camera or a new experience to photography, photographers end up deleting the captured photos accidentally. This ultimately leads to nothing but photo loss situations. Accidentally deleting the photos is a major obstacle for professional photography with clients being the most affected by it.

Photographers should be focused while capturing and storing photos so as to avoid any accidental deletion.