Beware of These Brands That May Be Stealing Your Photos 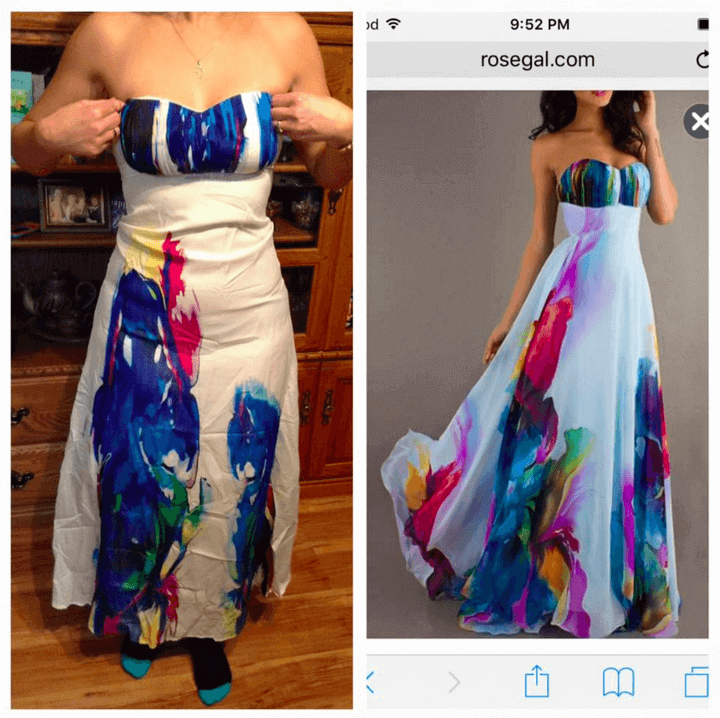 When Pascale Rowe, a.k.a. @MsBlingMiami (who has 500k+ followers on Instagram), posted a selfie while wearing her bright yellow, green and blue maxi dress, it got more than 7,500 likes. Little did she know that a company called ModLily would use the photo (albeit a headless version) to advertise selling the dress for just $25.46 (marked down from $63.65).

But anyone who ordered the dress likely received a poorly-made knockoff in cheap material that smelled like chemicals, rather than the lovely version Rowe wore in her photos.

Rowe wasn't even aware of the ad until Buzzfeed contacted her about an investigative report they recently published, which found that a collection of fashion companies based in China has been stealing bloggers' photos and using them to create Facebook ads. They then advertise the garment at an outrageously cheap price, but once it appears on your doorstep, it looks nothing like what you thought you ordered. 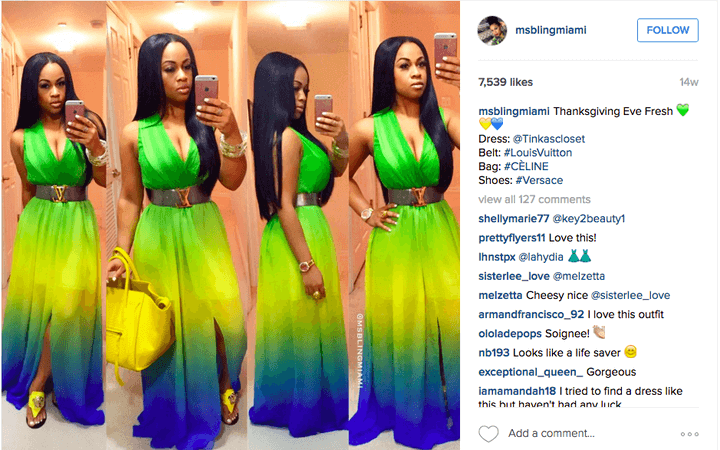 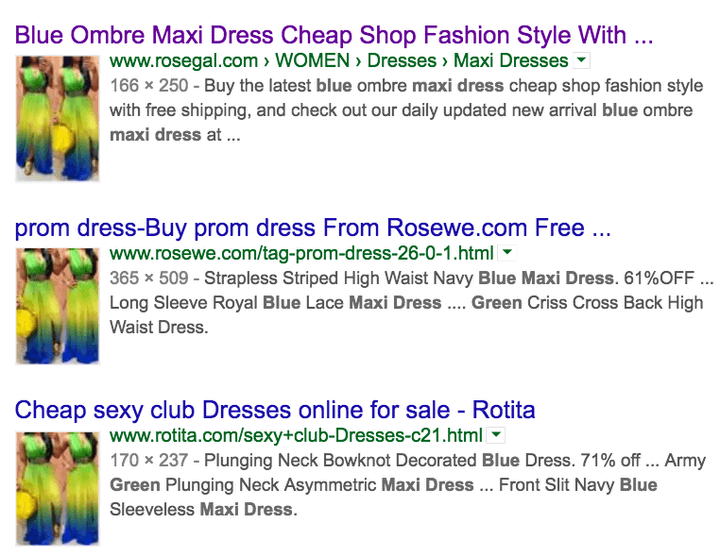 The brands are owned by a Chinese company called Global Egrow, and include Zaful, SammyDress, DressLily, RoseGal, RoseWe, TideBuy, Choies, RomWe and others. We've received solicitations from several of the names on this list and you probably have too. The damning report makes it clear it they wouldn't be a good partner for any blogger—and they might already be making you one without your knowledge.

The report suggests that the companies use shady tactics including deleting negative comments and posts on their pages, and listing bogus contact info.

Analysis by BuzzFeed News shows that at least eight of them are connected to one Chinese e-commerce company that made more than $200 million in sales in 2014. That same year it was acquired by one of China’s best-known clothing companies, a publicly-listed giant run by one of the country’s richest men.

…the sellers keep thriving, especially on Facebook, where the social network’s loose policing and massive scale make it the ideal place to target women looking for a deal.

Facebook says the companies aren't violating their advertising guidelines, so they can't take action against them. But one online marketing expert quoted in the article, Jasmine Griffith, believes Facebook is “complicit in accepting money from this scam ring.”

Until Facebook does something about these dubious brands, keep an eye out for deals that seem too good to be true—and for your Instagram photos being used without your permission.