15 Creative People Who Achieved Success After 40

I may call myself a “failed fashion blogger,” but that doesn't mean I've stopped trying. We all fail many times in our lives, and thank goodness for that, because that's where our best lessons come from.

When you're pursuing a creative career, that big break can often seem elusive. So I've gathered a list of actors, writers, designers, and painters and more who did not see major success until after their 40th birthday. I'm hoping this post can inspire other women over forty, especially those who are interested in starting a blog, YouTube channel or social media account. 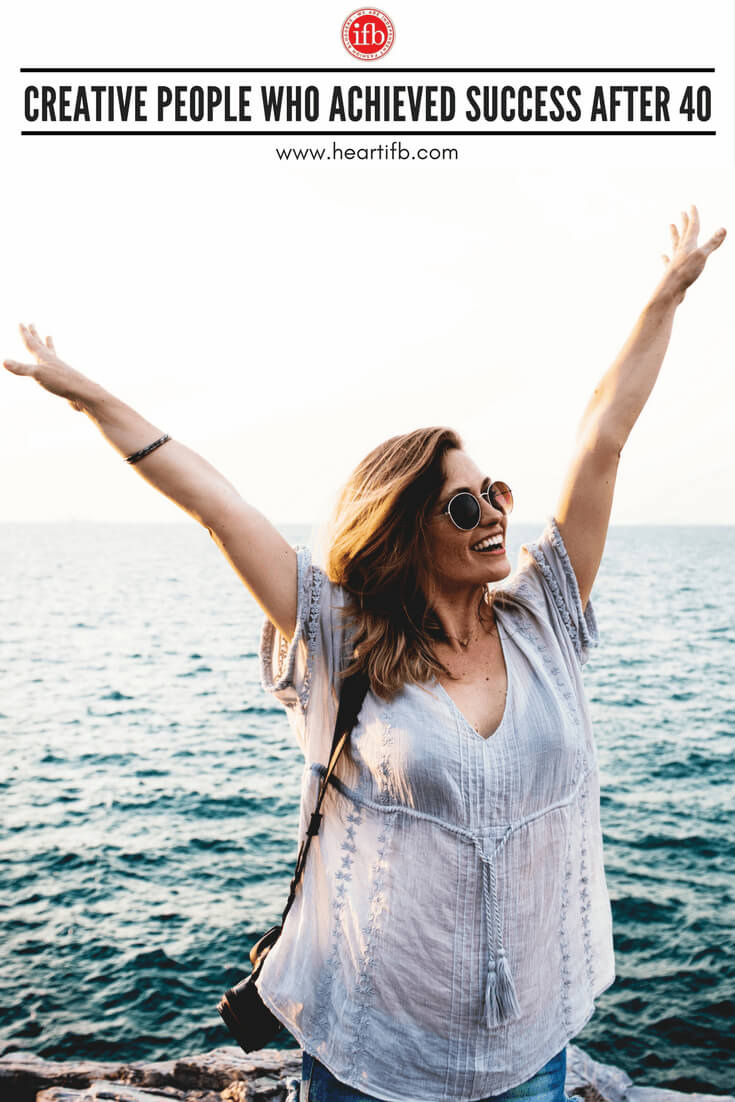 If actress Kathryn Joosten hadn't gotten divorced, she probably never would have won two Emmys. If it weren't for arthritis forcing Grandma Moses to give up embroidery, she never would have started painting. It's often a lifetime of small successes and perceived failures that build up to what the rest of the world perceives as success.

This post is devoted to creative people who didn't see success until a bit later in life. With our country's youth culture obsession, sometimes we forget that life after 40 can not only be productive, but downright glorious. Just check out this awesome list of 40 fashion bloggers over the age of forty.

Without further adieu, here are fifteen people who didn't achieve creative success until after the age of forty…

15 Creative People Who Achieved Success After 40

Do you have any role models or people you look up to for inspiration that achieved success after 40? Comment below with your favorites!