Daily Inspiration: Be a Voice, Not an Echo 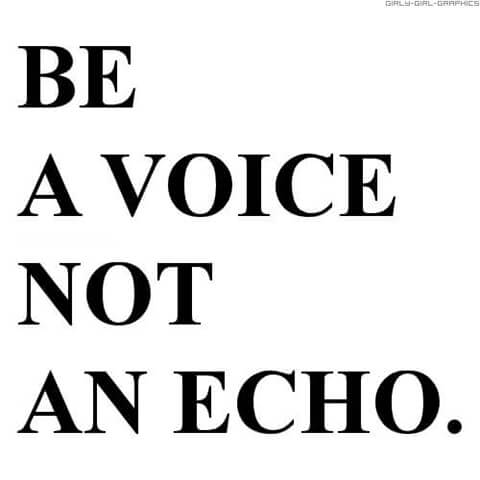 We talk a lot about developing a “strong voice” here on IFB. It's the quality of a blog that's often cited as the single most important.

Just because there is a formula out there for blogging success, doesn't mean you need to echo it to achieve your own success. Be your own voice, let others echo you.