Don’t Lie About Your Blog Traffic, You’ll Get Caught 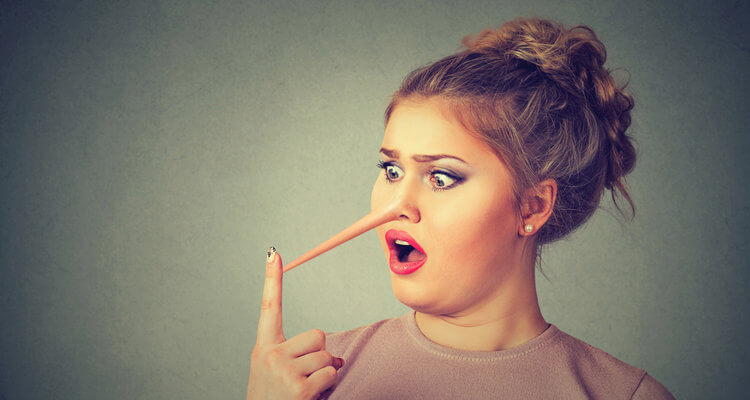 Everyone knows lying is bad. However, when it comes to selling services the line between fact and fiction gets blurred in trying to paint the best picture. My favorite example of this is the food label, “Fat Free” to imply something is “healthy.”  In the blogging world, often times statistics are padded, publishers advertise their traffic in Page Views rather than Unique Visits often times because advertising is paid per impression. Another way you see padding with social media is by rounding up follower counts, and some even go as far as purchasing fake followers to look more legitimate.

Every now and then, whether it be in an article about a blogger's traffic or in a media kit, you'll see a statistic that doesn't ring right. The times when my alarm bells go off happen when the traffic numbers are high, like 300,000 visitors a month or once I heard 26 million, but they had a low comment count, minimal social media shares on posts, moderate Twitter following. It shows that either the traffic statistic is false, or that the blogger has a transient and unengaged audience.

While there is no absolute way of knowing traffic of another website, it's relatively easy to look at traffic and ranking websites to see if the data makes sense. The Marketing and PR industry often has subscriptions to Cision which offers traffic and contact information. However, there are free sites like Compete, Quantcast, WebsiteLooker, Statshow, and sometimes Google Ad Planner  that offer statistics on traffic. If a site is big enough,  Alexa offers information on rankings, demographics and keywords.  None of these sites paints an exact picture, but it's relatively standard in the industry to research bloggers and look at traffic, and social influence stats before contacting a blogger for a potential marketing campaign.

The same goes for social media. Say a Twitter  account goes from 1,500 to 40,000 seemingly overnight, or if a Twitter profile has a large “following” but they are not known within the industry, nor does their website have any interaction, something is fishy.  Analytic sites like Status People's Fakers and Topsy are both great tools to measure the organic nature (or fakeness) of a Twitter profile. It's only a matter of time before these types of analytics tools come out for other platforms.

Why Telling The Truth Matters

I don't want to write about the virtues of honesty. Sure, not everyone researches, analyzes, or even know how to check stats. Many brands, journalists and even bloggers don't know about the tools out there that can either give your proposals and media kits credibility. However, a growing number are learning and are quite savvy when it comes to social media statistics. These statistics are what go into the reports that are presented in budget meetings, campaign meetings and they do make the difference when being chosen for a campaign. High traffic stats might justify charging higher rates, but if the stats aren't real and the results are lackluster, you won't have a returning client.

Fear of getting caught shouldn't be a reason for telling the truth. Today the chances of our statistics and references being checked are greater than ever. So unless you're prepared to lose your credibility, don't lie about your traffic.