Body Shaming or A Guy’s Honest Opinion on Fashion? How ‘Fashion By He’ Walks the Fine Line between Humour and Misogyny

IFB » Influencers, Bloggers, Must Haves, Inspiration » Body Shaming or A Guy’s Honest Opinion on Fashion? How ‘Fashion By He’ Walks the Fine Line between Humour and Misogyny

“There is not a place [on the internet] for women to get a straight man’s opinion on fashion.” 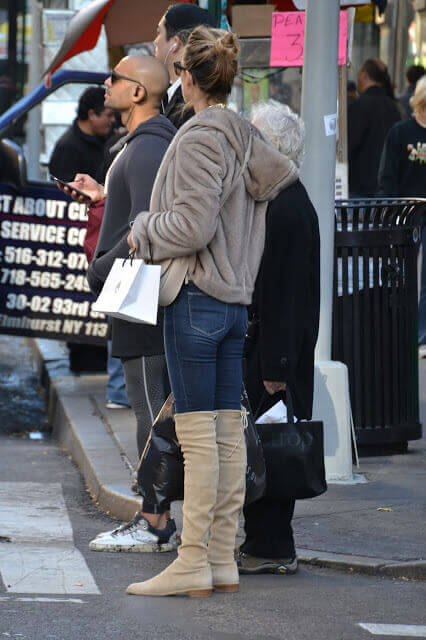 STOP wearing flat over the knee boots. They are gross, they are ugly, they don’t look good on you, He doesn’t want to hear that they are more comfortable than boots with a heel, keep that to yourself, no one likes a complainer. If you are going to wear over the knee boots, put a heel on them.” – Fashion By He

Misogynistic? Body-Shaming? Humorous? There are many words that can be used to describe Fashion By He, a blog claiming to be the “#1 Fashion Blog from a Guy’s Point of View,” but politically-correct is certainly not one of them.

New York City-based fashion blogger and secret street style photographer “He” remains anonymous to the online world, as he snaps, uploads and comments on the various trending styles of women’s fashion. The good, the bad and the ugly are all challenged with his painfully honest (and sometimes snarky) opinions – but don’t blame him, he’s just a straight guy with zero-experience or prior interest in fashion womenswear.

“I write my blog posts [in the stream of consciousness] – pretty much first thing that comes to my mind [I type out] and usually don’t go back to proofread after,” He discloses in an email interview with IFB, about his blogging style. “So what you read is what flows directly from my head [onto the keyboard]. I try to keep it simple, with not a lot of text, as I don’t think I’m a great writer. [I keep the comments] short and sweet . . . make it funny and move onto the next one.”

And although some may find the tone of this semi-retired blogger (and Instagram-enthusiast) amusing, it’s tough to differentiate between the jokes and the blatant sexism. Regardless whether you’d like to admit it or not, He – who started the blog back in 2009 – has left his mark on the street style blogging niche.

Check out our interview with street style’s Enfant Terrible below and let us know your thoughts on his opinions in the comments. 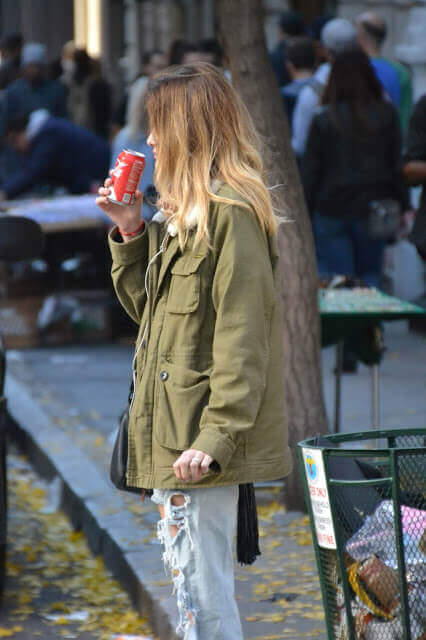 Soda is bad for you, but this picture makes it look good.” Fashion By He

The Power of Anonymity – and Knowing Nothing About Fashion

Why do you keep your identity anonymous?

I thought it was a funnier concept if there wasn’t someone to “throw darts back at”, so to speak. Also, by creating “He,” it allowed the world to think “He” is any random guy on the street and these are his thoughts. Most of the guys I’ve talked to agree with my views, so I speak for [most of] the guys [that lack] a “fashion-world” voice.

You gave an interview with theretiredmodels.com in 2015, where you stated you “work in sales, unrelated to anything fashion.” What motivated you start a blog, commenting women's street style, if you don't have a background in fashion or work in the industry?

I honestly thought it was a funny concept. There is not a place [on the internet] for women to get a straight man’s opinion on fashion. You can watch a million TV shows, and there is always a token gay man; there is never ever a straight guy talking about what he likes and dislikes in fashion. Whether we want to believe it or not, the [average] guy sitting at the bar having beers with his buddies can still recognize when a girl looks good. I tried to bring that point of view to the world, with some humour [injected in.]

Did you expect Fashion by He to take off the way it has?

I busted my ass early on to increase the visibility of the blog. I started out taking pictures on my Blackberry, then a little handheld camera, and eventually upgraded to a real Nikon camera. I think I filled a big void…I was the only person giving an actual honest opinion on the good and the bag things guys see women wear. 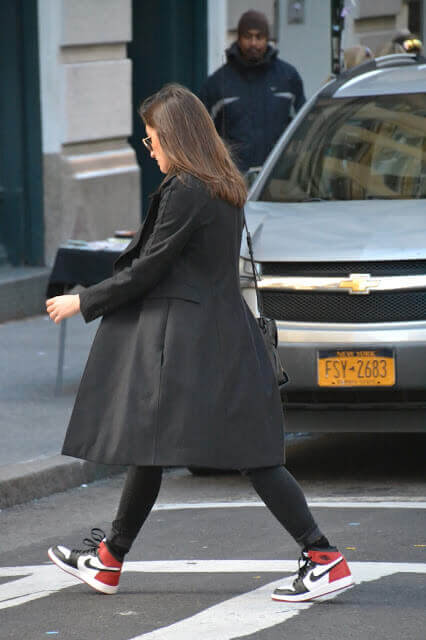 Saw this chick walking down the street, cool outfit, cool kicks. Then He ran into her inside Joe's Jeans Soho. Just had on a white t-shirt underneath, no bra, pierced nipple. Think she is the sister of someone who works at Joe's Jeans, but either way its a hot freaking look. Braless is confidence, nip ring is a fun side, cool high tops is the chick is probably fun to hang out with. Its the perfect ingredients for a great look for a cool chick. Someone find her!” – Fashion By He

On Secretly Snapping His Subjects…

In terms of the images used on the blog, do you do all of the photography yourself, or do you ever seek external assistance when it comes to photographing your subjects?

Ninety-nine percent of the pictures are taken by myself. I’ve had people submit pictures over the years, but for the most part I take the pictures of random people [I see] as I walk around NYC or in my travels.

Before taking a picture, do you seek permission from your subjects? If no, do you ever worry about the potential legal implications if someone was displeased with being featured on the blog without their permission?

Nope. I could probably count the number of times [I sought permission on one hand]. Are there legal implications? I guess I wasn't too worried. Anytime someone wanted their picture removed, I removed it. It wasn't worth a fight. It’s suppose to be a fun blog; if people don’t get the joke, their loss. 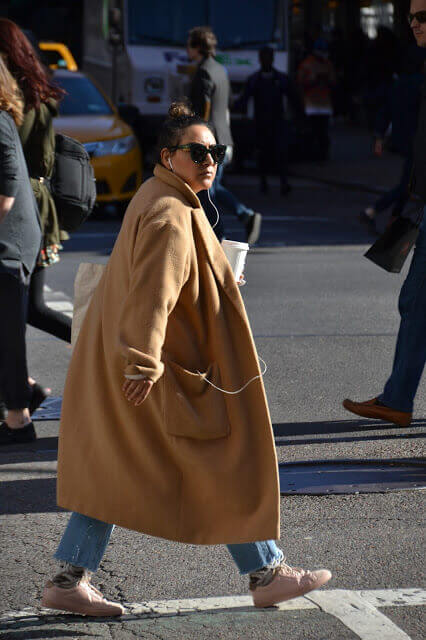 Definition of ridiculous.”- Fashion By He

The Daily Dot ran a post about the blog in 2015, stating “It's women's bodies, not their outfits, that are picked apart” in Fashion by He. Essentially, the article paints the blog out to be more about the male gaze and body-shaming women, than a street style blog run by a straight man, giving his opinion on women's fashion trends. What are your thoughts on this?

People are allowed to have their opinions just like I am. If people don’t like it, they don’t have to read it. I also think that if you say someone shouldn’t be wearing something, you [automatically] get targeted as shaming people. Not every style and not every look is for everyone. if you want to go for it, more power to you. You don’t have to look good for me; but at the same time, I’m going to be honest and say when people look good and they don’t. 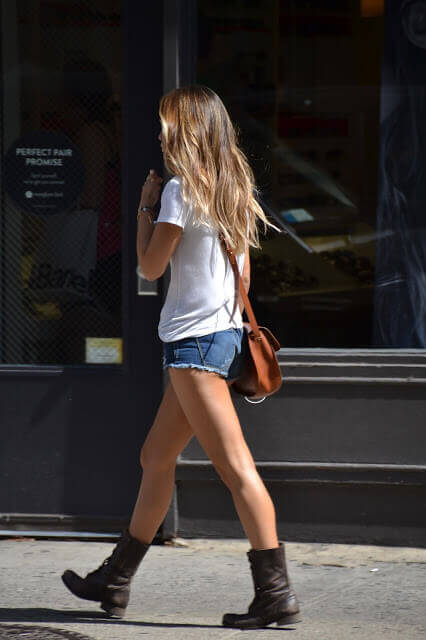 Great hair, great legs, short shorts…why would someone want to cover all this up with layers nd heavy coats…damn you cold weather” – Fashion By He

What percentage of women's fashion trends do you think straight men truly appreciate?

No clue, probably not much. I’d say with [most] guys, it’s very black and white; we either like it or we hate it.

**All images and (unedited) captions taken from Fashion By He