How to Get Invites to New York Fashion Week Shows 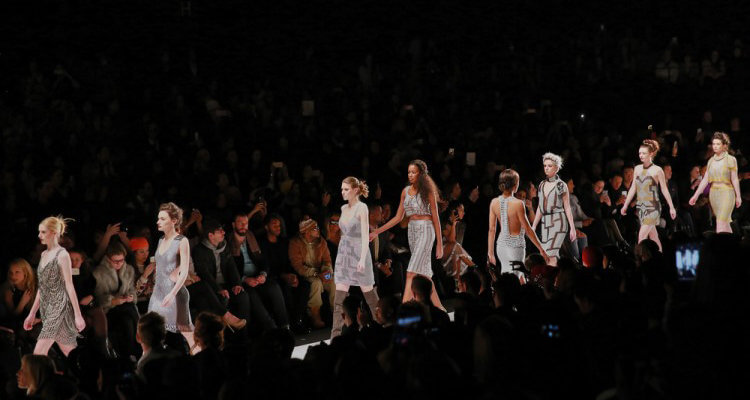 In previous years, when you were granted press credentials for New York Fashion Week, you also received a list of all the PR contacts representing presenting designers, along with their email addresses. This year, everything has changed, and you'll have to be more resourceful.

Like Julia tells us, the organizers this year are being extremely stingy with press credentials, so don't feel slighted if you don't receive one. And don't fret, because, as she explains, you don't need credentials to cover fashion week.

Probably the most important thing you can do to score invites is to reach out to publicists directly and request one. It's a labor-intensive but necessary task, so here are some tips on how to communicate with publicists this season, and how to make sure you're on the list for next year.

If your email doesn't get to the correct person, it likely won't be fruitful. So spend some time researching who represents the designers you're interested in. Consult IMG’s schedule for the days and times when designers and brands will be showing, as well as the official New York Fashion Week Calendar, which was recently taken over by the Council of Fashion Designers of America (CFDA).

Some brands use in-house representatives, whose emails you can often find in the “press” or “media” section of the brands' websites. Others use PR agencies, or sometimes both. You may also find the agency contact on the brands' website, or you might have to search around on the agency's website. Some to start with are BPCM, People’s Revolution, KCD and HL Group. Also, if online research fails, don't be afraid to pick up the phone! It sounds archaic but it's sometimes the fastest route to getting what you need.

Like with any relationship, it's polite and helpful to let publicists know who you are and why you're getting in touch. Briefly describe what your blog is about, and list your stats, including traffic, Instagram, Facebook, Twitter, YouTube or any other pertinent numbers. Also let them know (briefly) what coverage ideas you might have, any previous experience you have covering fashion, and send links to previous posts you've written about shows or the brand. Keep it short but informative.

Some don'ts: Don't drop names (even if Aimee Song is your best friend, it will come off as tacky), don't request a +1, don't exaggerate your traffic, and don't request a front row seat.

Again, be polite. Planners are trying to get their seating charts sorted out and anything you can do to make the process move along more quickly will be appreciated, and potentially noted for future seasons. In the same respect, if you neglect to RSVP, you may not be on the list for next season.

If you don't get any or many invites, don't be discouraged. The first season I attended New York Fashion Week, I was beyond thrilled to receive three invites. I had launched my blog that same month, and my previous writing was mostly about science, so I wasn't complaining! Once I was in New York, I received a few more invites—as “no's” come in, organizers will send out invites to people lower down on their lists.

You can also show up for shows early and ask the gatekeepers for standing room. If they say no, at least you're at the venue and you can write up a post about the street style and setting of the event—plus you can likely find photos or video of the show online. If they say yes, you can get an even better post out of it, which gives you ammunition for next season's invite requests.

This is my Achilles heel: I'll have tons of information and photos, but I can't face organizing it into posts. Don't be like me. Just do it! Post your fashion week posts while people have fashion week on the brain (and in their search terms). Send your posts around not only to your own social networks, but to the publicists who sent you the invites. Tagging is nice, but emailing them directly is even better. They may not have time to respond, but they might share it themselves, which means more traffic back to your site! Whether they respond or not, they will likely note that your invitation resulted in coverage, and you'll be more likely to be on the list for next season.

Again, it takes time to develop trust with publicists. So even if this is your first fashion week, it could be the beginning of some career-long relationships.