Jealousy & Envy in the Blogging Community 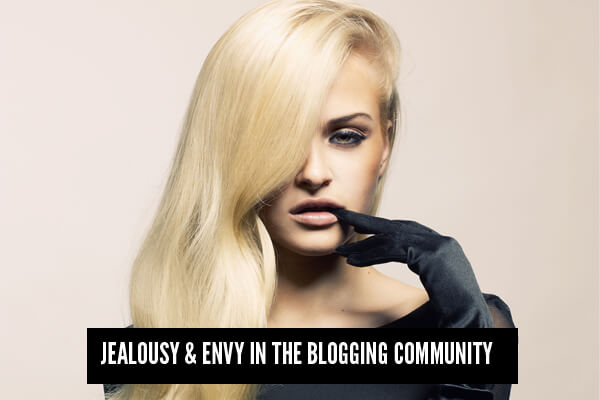 Perhaps it's not the most festive topic this time of year, but I've been thinking a lot about jealousy and envy in the blogging community. I'm sure I'm not the only one who's felt more than a tinge of one or both of these things in my blogging days…

Let's start things off with a refresher on the difference between jealousy and envy:

Jealousy: “the result or fear of losing someone or something that one is attached to or possesses to another person.”

Envy:  “the resentment caused by another person having something that one does not have, but desires for oneself.”

(Thank you, Wikipedia.) The two terms are often used to mean the same thing now, but when you think about it, there's a big difference, and I think that difference is important when talking about these emotions as they relate to the blogging community.

Personally, I have suffered more from envy as a blogger. I don't so much fear losing anything to another, but I have definitely felt those moments of resentment. From the biting wit of Leandra Medine to Aimee Song‘s perfect hair – I've caught myself in moments of spiteful envy when cruising some of my favorite blogs, even those of my friends!

Then, I feel terrible. I feel lacking personally, and I feel bad because I'm projecting my own perceived shortcomings onto my talented peers who I actually want to support – not resent!

British social critic Bertrand Russell said that envy was one of the most potent causes of unhappiness. Do you agree?

If you're someone who's able to keep perspective as you navigate this crazy experience we call fashion blogging without feeling jealousy or envy, I commend you and your (ahem, enviable) attitude. But if you're one who falters, who feels envy, who feels the desire to have what someone else has… Let's talk. What can we do to combat these feelings? I think Russell really was right in his thinking that envy breeds unhappiness, so here are some things that might help:

Do you feel envy or jealousy as a blogger? How do you deal with it? Share your experiences in the comments.