IFB » Influencers, Bloggers, Must Haves, Inspiration » Why Being One of Israel’s First Fashion Bloggers Has It’s Perks

Karen Or is undoubtedly the first Israeli fashion blogger to make a splash on the international scene – while still keeping it real back home with “her girls”, as she refers to her large following of Israeli young women. 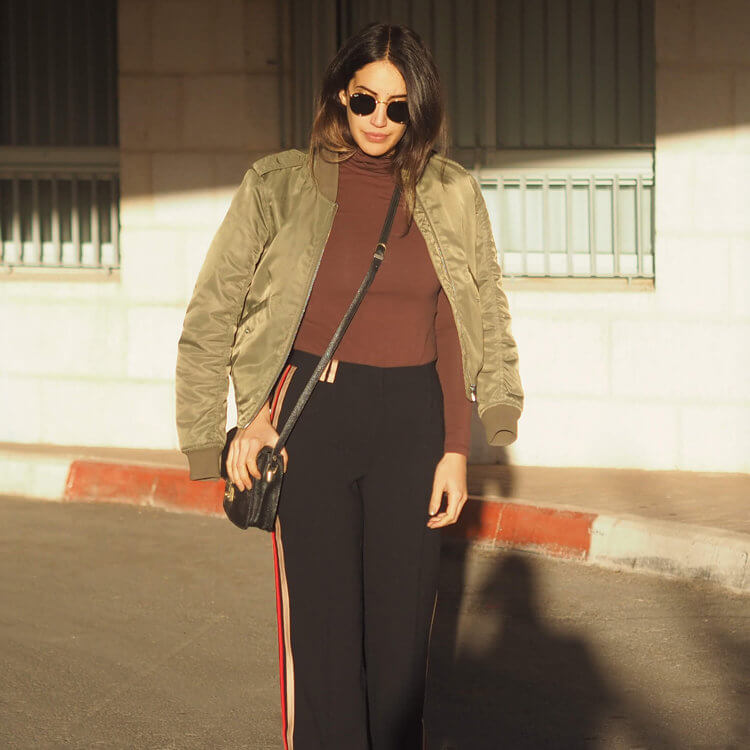 The twenty-seven year old fashion blogger, who chronicles her style journey on her blog Street Chic Tel Aviv (SCTA), also works as Freelance Social Media Manager and Advisor to various Israeli brands – when she's not out shooting her most recent OOTD against the effortlessly cool urban backdrops, that are the city streets of Tel Aviv.

Originally founded as a street style blog, where Or “used to take photos of how people were dressed”, SCTA eventually morphed into the style diary of an American girl that decided to pick up and move across the world to her family's homeland.

Read on if you're curious to learn more about how Or became one of Israel's most renowned fashion bloggers, and the challenges of being a Tel Aviv-based blogged. 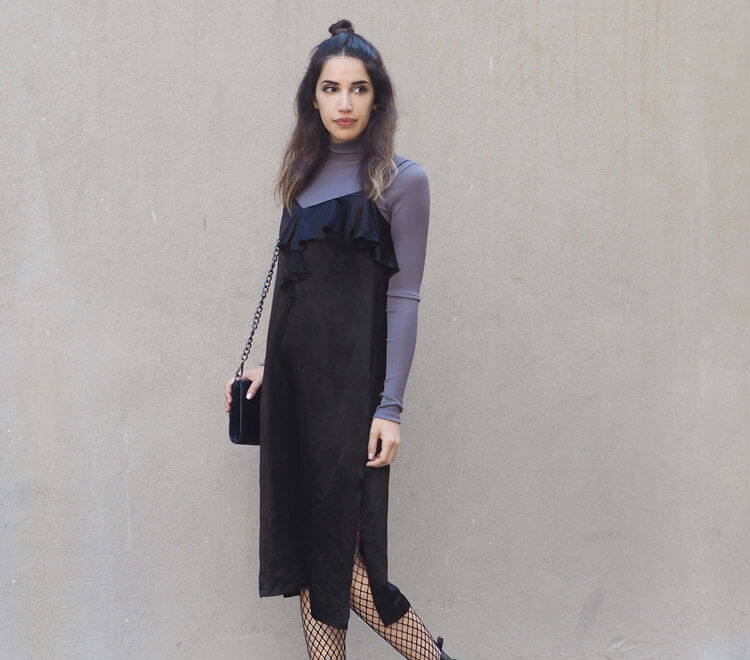 On Moving to Israel from The United States

You grew up in the San Francisco Bay Area – how did you end up moving to Israel?

My parents [are from] Israel and they ended up moving [to the United States] for my father’s job, so we have always had a lot of family here in Tel Aviv . . . Every summer we would come to visit. I wanted to move here to do they army when I was 19 – I actually ended up going to the University of California, Santa Barbara for one year – before I decided to move here. I did two years in the army, which is mandatory in Israel for girls [before attending university]. I was a shooting instructor, actually – it was a great job.

Honestly, I really wasn’t sure what I wanted to study and that was a big part of it. I knew that I didn’t want to be a fashion designer but I was into fashion, so I was very confused . . . I thought it would be a nice way to try something new, be in a different country, meet new people and figure out what I wanted to do. By the time I was twenty/twenty-one, I knew more or less what I wanted to study. [Or ended up completing a business and marketing degree at Interdisciplinary Center Herzliya.]

How was moving from the United States to Israel – just packing up and going across the world?

I mean, it’s really different . . . the people, the way things work, the lifestyle  – it’s very different [from the United States]. It has always been very obvious to me, and I feel like I am definitely a mix between the two. In America I feel like I’m a bit more Israeli and here everybody calls me the “American girl”. 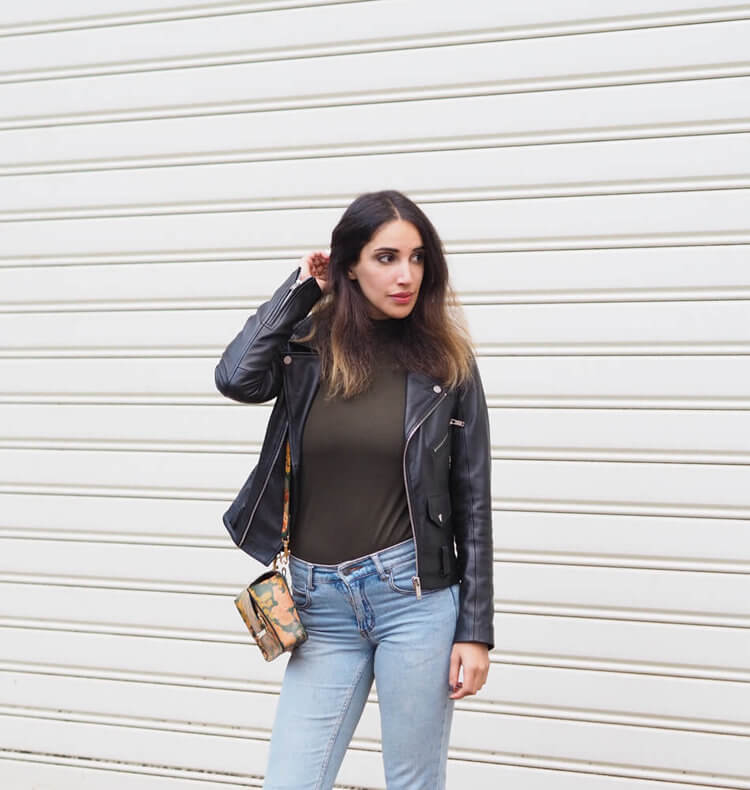 Balancing An International Following with A Local One

You have two very different demographics that subscribe to Street Chic Tel Aviv – readers in the United States (and the international community) and a very loyal Israeli following. You post content in both English and Hebrew (most notably on your Youtube Channel and Instagram.)

How do you balance creating content for two very different cultures, while still catering to both demographics?

That’s been a big question that have been faced with lately.

I do want to grow my blog and I’m looking at what steps I need to take [for it to continue to grow in the future]; but I’m torn between my content in English and trying to market myself to the global population, with trying to garner an Israeli following. They’re two very different things and it’s really hard to balance [attaining] both.

Running a blog and doing everything there is to do with creating the content, editing the photos and uploading posts, etc. is so much work. And to do that in two different languages almost doubles the amount of work needed to be done. I used to also write my blog posts in Hebrew, but I kind of gave up on that because it would take me just too long [Or is a native English speaker and Hebrew is her second language.] Now I’m just writing my Instagram posts in Hebrew and in English, and I still have a lot of spelling mistakes when I do that.

I really do love my Israeli crowd and I have a large group of loyal Israeli girls – I want to be able to give them that content that they want. I really do try to do both! It’s definitely hard, but I’m trying [to cater to both demographics] because I truly do want [Street Chic Tel Aviv to be accessible] to both markets.

How is being one of the first Israel-based style bloggers received – especially so in the fashion community in Tel Aviv?

It’s both a good and a bad thing.

It’s good because I am one of the first; so obviously there isn’t that much competition [in my niche market of Israeli fashion blogs]. I have been able to get a large following and the girls – the people who are following me – are really responding well.

At the same time, when [us fashion bloggers] have to work with brands and when we have to introduce ourselves in the field of fashion, we do have a few problems with people not really understanding what we are, who we are, and what we do. Sometimes they’ll mistake us for stylists; they don’t really know that we have a blog and what that means. [Some] PR companies . . . have a hard time differentiating between celebrities and fashion bloggers. They don’t know if they should work with us [fashion bloggers] or work with [stylists] instead, or what’s the difference is. Are we reporters? Are we journalists? What do we do exactly? So [the notion of the fashion blogger is still] kind of developing.

You seem to be fairly busy with collaborations, as you have partnered with a few Israeli brands and boutiques – with most of the content going up on your Instagram and Youtube channel. Do Israeli fashion companies have a preference as to which platform/social media outlet they want their content promoted on?

Yea, definitely. Mostly on Instagram, that’s where [companies] want the most of it, because Israelis are really into Instagram. The past few years it’s really kind of blown up, so a lot of brands want campaigns on Instagram. That’s absolutely [an Israeli fashion blogger’s] main focus. 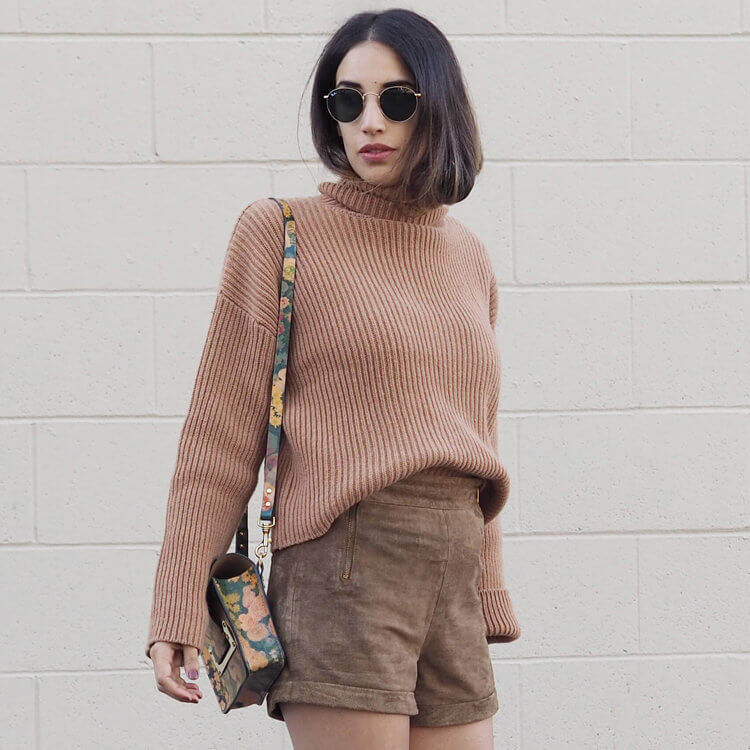 You post a lot of Street Style-type imagery of yourself and your outfits on the blog – they’re absolutely gorgeous. Do you have help with the photography?

Yes. It’s either with my boyfriend who helps me take my photos, or my best blogger friend Karen Tal. We really have kind of the same style, so we meet once a week and we take photos for each other.

What kind of camera do you use?

I use and Olympus OM-D E-1M Mark II. For [Youtube] videos I use an old DSLR Canon. When I bought the Olympus, I didn’t know I was going to be doing so many videos and I didn’t think about the fact that I needed the screen to flip over.

I have used my computer before [for filming Youtube videos] – but my friend was watching my video the other day and she was like, “Karen, this is really bad quality. You need to use a good camera.” It’s good, she tells me the truth. And I was like, “Ok, you know what? You’re right.” I really do want everything from my blogs to my videos to be good quality.

You have some excellent fashion trend-inspired DIY videos [both in Hebrew and in English] on your Youtube channel. How long does it take you to film, edit and upload a video?

It takes a while, but it gets faster with time.

I remember my first video literally took me two days to edit . . . but I learnt a lot along the way and now I have little tricks – I use iMovie to edit. My next video took me a day to edit, and then the next one took me six hours; now I’m kind of down to the 4-5 hour mark. Which is still a long time, but it’s getting faster.

In terms of organizing Street Chic Tel Aviv, do you use any apps or tools to help with time management?

You know, I don’t. I really should. That’s definitely one of my problems that I know I need to work on – organization is key. My New Years Resolution for 2017 was to be more organized. I really do want to plan out my posts and content a week in advance, and schedule for a whole week before.

I use a notepad every day and I write it out, in terms of categories and what I need to do. Then I just cross it out. So that’s my way of keeping organized – but I do want to be able to plan everything out a week ahead.