Make More Money From Your Affiliate Links By Learning These Terms 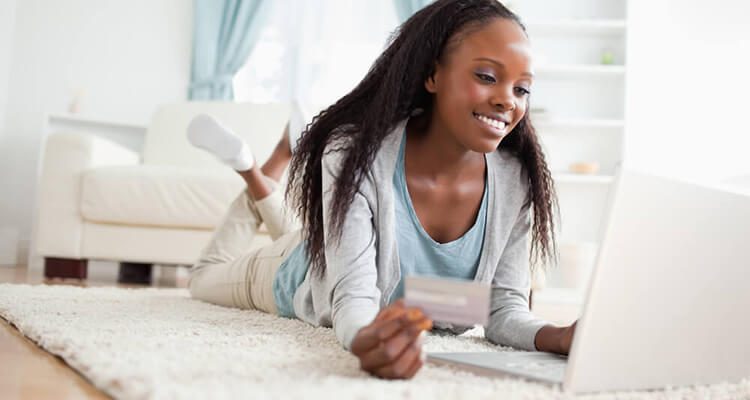 For bloggers looking to monetize, affiliate links are often the easiest way to start. While different networks have different requirements, it generally takes fewer visitors or pageviews to be accepted into an affiliate program than it does for networks that pay based on impressions or clicks. Most fashion blogs attract people interested in buying clothes, so connecting potential shoppers with products that you've worn or selected from the thousands of options out there is a pretty unobtrusive way to make money from your blog.

Even if you've been using affiliate links for a while, there are probably a few terms that you've overlooked or haven't noticed that could mean more money if someone does buy through your links.

On some networks, you can see this information for your own website, and for the merchant as an average across all publishers. The Earnings per Click for your site takes the total dollar (or pound, or Euro…) amount and divides it by the number of clicks to a particular merchant. Let's say you're an affiliate of “fashionstore.com,” and 20 people clicked on your link to their store. Of those 20 clicks, one person bought $80 worth of products. If your commission is 10%, then you made $8 from those 20 clicks. Your estimated EPC would be $0.40.

How it can help you make more: Your EPC will very likely fluctuate all the time, but it can help in pricing other offerings. Let's say you decide to sell banner advertising, and aren't sure where to start. Knowing your EPC can give you a good idea. If you know that your banners generate an average of 100 clicks in a week, and your EPC is around $0.50, you'll know that $50/week is a good place to start your pricing, and you'll have the numbers to support that.

Keep an eye on this number to see which merchants and products perform best, and you can start to push these numbers higher.

Speaking of commissions, did you know that there are different levels of commissions? For some merchants, it's based on the product category, where sales of full priced items have a higher commission than items on sale. For retailers with lots of different product types – think Amazon or Macy's, where you can buy a dress and a blender – you'll get different commissions based on what ends up in a referred visitor's cart. There's also a different level, that most affiliates aren't aware  of until they generate lots of sales or clicks, and that's tiered or custom level commissions.

These are commissions that can be anywhere from 2-10% higher than the published rates you see when you first apply. Most often, top tier commissions are reserved for sites that can drive higher than average levels of traffic and/or sales to a site. That's when you become what's considered a super affiliate.

Many of the networks targeted to fashion bloggers fall into this category. Shopstyle, RewardStyle, Skimlinks, Beso, and probably a few others, are all actually affiliates themselves. If you've ever wondered how they were able to offer the same commission rates you find on the direct affiliate networks (LinkShare and Commission Junction are two of the largest for fashion retail), and still make money for themselves, that's why.

By combining publishers and retailer offers, the sub-networks often drive millions of clicks per month to different offers, so they're able to negotiate for rates that are higher than the ones listed publicly.

How it can help you make more: While you may not be able to send millions of clicks per month, you may do well enough with an individual merchant or product to still get a better rate than the one published. Criteria for getting bumped up into the next tier varies, but many times it's as simple as asking.

If you've noticed that you have a consistently good EPC with a certain site, or have sent large amounts of traffic, send the affiliate program manager a note asking if you might qualify for a higher rate. Fall and the holiday season are particularly good times to try to get these higher rates, since that's a time when people are much more likely to be in a buying mood.

This is something not available on all affiliate networks, but if you're part of a program that offers this statistic, do take note. Websites that have higher levels of network earnings or performance are generally converting more of the traffic that affiliates send to them into sales.

There are several reasons why a retailer might have low network earnings or performance, including being new to a network. So don't make this the only thing you're looking at when considering joining an affiliate program, but do keep it in mind if the information is available.

How it can help make you more: Many bloggers will think that they're doing something wrong, when their links don't convert to sales. Perhaps there are improvements that could be made on your own site, but it is worth considering problems on the retailer's site. Things like poor navigation (people can't find what they're looking for), a difficult checkout (5 separate pages to go through before they can pay? Maybe that's why no one actually buys) and several other factors could be at play.

There's absolutely nothing you can do about that, but if the product you're linking to is available from another merchant with a higher network performance or earning rate, you could increase the likelihood of getting a conversion by linking to a different retailer.

Your affiliate sales and referrals are usually tracked by cookies. Someone clicks your link, a cookie is set on their computer that tells the merchant “hey, this shopper came from this site.” Return periods are the number of days that the retailer will check for that cookie, and give you credit for any sale that happens as a result.

How it can help make you more: Generally, the longer the return period, the more likely it is you'll earn a commission. Let's say someone visits your blog on Monday, clicks a link to a store, sees something they like then leaves. Friday, when they're paid and ready to shop, they come back to the store to buy the skirt they ended up falling in love with. You would get credit for anything they buy if the merchant has a return period of 5 days or more. If the merchant has a 3 day return period? Well, you're out of luck, even if your blog influenced their purchase decision.

So, if there is a choice available, link to merchants who have a longer number of return days. Especially if you link to higher priced items that require more of a decision period than impulse buys.

The one exception would be if you're dealing with a retailer with a particularly strong network performance. Amazon would be a prime example. while their return period for affiliates is a scant 24 hours, they offer such a well optimized mix of products and upsells (how many times have you seen a “people often buy this with” notice and added one more thing to your cart?) that they can still end up performing well.

While considering conversion rate, you also want to try to get an idea of the average sale value for a retailer whenever possible. This falls under various names: average cart size, average basket size, average transaction – but whatever it's called, it's your guide to understanding how much people are actually spending with the sites you send them to.

How it can help make you more: Continuing with the Amazon example, a retailer with a low commission and low return period that converts traffic well can end up earning more money for you than a retailer with higher commissions. It may seem counter-intuitive, but if you have to send one retailer 100 clicks before someone makes a purchase, and you only have to send another 10 clicks, the second retailer could end up putting more money into your account than the first, even if you're earning less per transaction.

Average sale figures can give you a better idea of how well the sites do at building sales. A website with strong recommendations for related items can mean more products purchased, and in turn, more money for you.

These are a lot of calculations to take in, and yes, the research will take a little more time. The upside? Looking at your affiliate programs and who you link to with an eye on the numbers can mean larger numbers on your payments, and more money from something you're already doing.