There are many words that can be used to describe Tanner Guzy of Masculine Style – blogger, vlogger, menswear style consultant and, even, mentor. 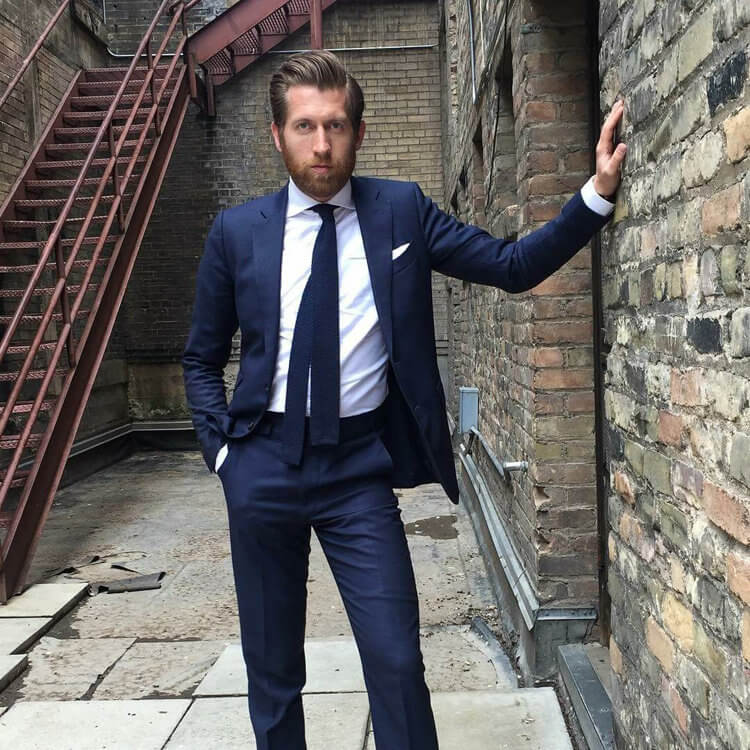 “So much of what I do is talking about mindset or self-improvement with my readers and viewers,” Guzy states, in an interview with IFB. “You can take the principles that I teach guys about dressing, your presence and other variables and apply it to so much more than just the clothing that you put on your body.”

Guzy founded Masculine Style as a menswear advice blog in 2011 and joined Youtube in 2014. Throughout the past few years the Masculine Style brand has continued to evolve. Originally acting as a space where men can seek practical style help for any occasion, Masculine Style – in addition to still dishing out advice –  discusses topics such as the philosophy behind getting dressed, style as a method of communication and the power physical appearance in today's world. It also acts as a community for self-improvement-minded men, who value the importance of looking sharp for any occasion.

We spent some time chatting with Guzy about the Masculine Style brand and the philosophy behind the blog – check out the interview below if you're curious to learn about his approach to running a menswear style blog, tips on getting started with Youtube and why he's adverse to labeling himself a fashion blogger. 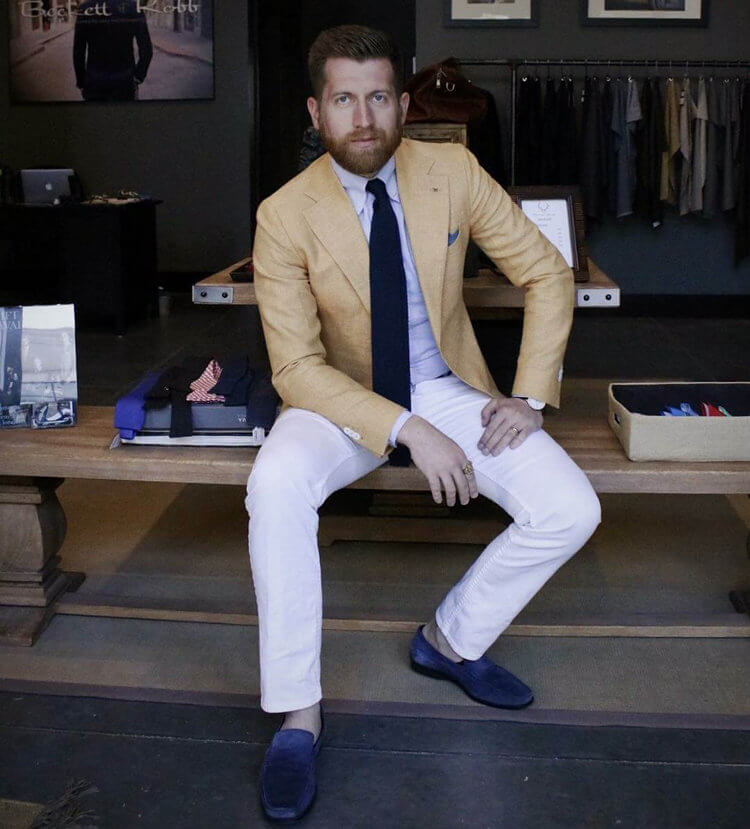 You have a background in journalism and mass communications, and worked in radio for a period of time.

In an interview with Elite Man magazine’s podcast, you discussed how you fell into menswear blogging (while trying to “hone” your journalistic voice) and stated “I am totally in this industry and want nothing to do with journalism any more, and I couldn’t be any happier with the happy accident” that falling into blogging was for yourself.

Would you never consider contributing to a mainstream media outlet such as, say, GQ magazine in the future?

I wouldn’t say that I’m totally adverse to going beyond [sticking with blogging and online self-publishing] . . . As far as wanting to go work for a radio station or write for GQ [or other media outlets], I love that we’re in the “wild west” with the Internet, where you can do what you want, be your own boss and set the tone of how you want things to be.
News is being reported [via] Twitter nowadays, as opposed to my having to turn on CNN or Fox News [to be informed of current events]. People are live streaming fashion events and fashion shows . . . I don’t have to go to GQ to get information anymore; I love the element of being able to see it [i.e. information, news, data, trends, etc.] in its real form, as opposed to going through the bureaucratic red tape of [established mass media companies]. I love how the internet is really the wild west of all this stuff.

With all this information floating around on the web and with everyone being able to project a voice out there, how do you think it’s influenced Millennials [and the next generation] and how we related to style today?

I love how it’s made things more meritocratic. Instead of having to choose between GQ or Esquire – because those are only two options [for information on menswear style and fashions] – you’ve got hundreds, if not thousands of options out there. You can go and find who is objectively “the best”, or whoever “speaks” your [style] language or someone you’ll most identify with [style-wise]. It opens up a whole lot of options for Millennials, to be able to find somebody who they can identity with and then start to internalize what it is that that person is teaching (as opposed to just one or the other.)

How do you ensure that you’re providing valuable content to your readers and subscribers, and what they really need [in terms of style advice and help], as opposed to just . . . trivial information or “eye-candy” (as many menswear bloggers do, by featuring themselves as the main focus of “the story”, so to speak)?

Everyone is the hero of their own story. [I see it as] my job is to be someone like Yoda or Dumbledore, someone who is leading the hero along his journey. Ultimately, what that means [as a style blogger and style consultant] is that my job is to become obsolete in the eyes of my clients, Youtube viewers and the blog readers. If I’m doing it right eventually they won’t need me anymore, because I’ve taught them [via the blog and Youtube channel] the principles and foundations that they can apply to various situations [when it comes to style, appearance and attitude.]

The Philosophy Behind Masculine Style 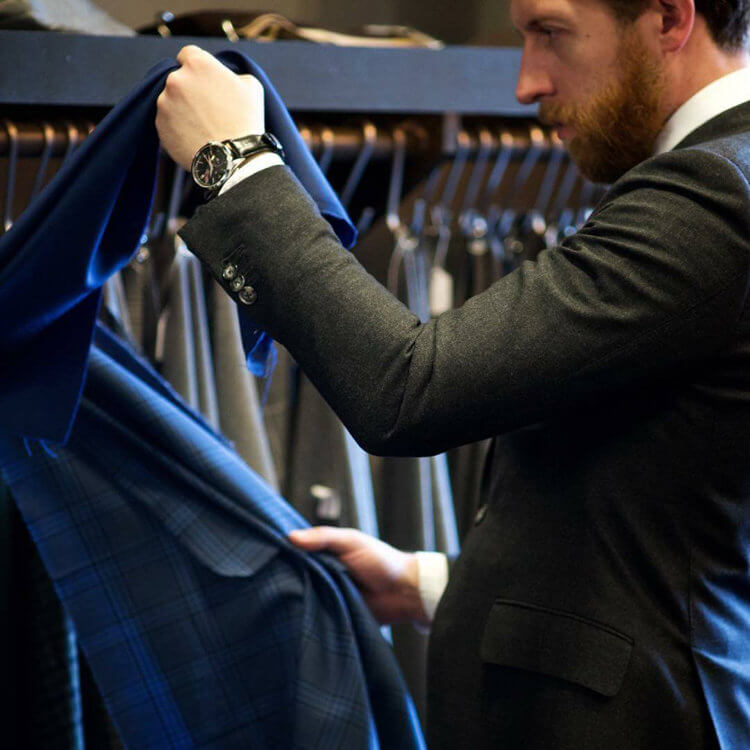 Masculine-style.com and the Masculine Style brand addresses general themes surrounding the philosophy and sociology of a man's appearance, and how the power of a man’s image affects his life. When you started Masculine Style in 2011, did you aim to work around themes or was this something that naturally developed over time?

It was definitely something that evolved over time.

When I first started writing [about menswear style] – and you can go back to my first articles – it was really basic stuff (like how to tie a tie and everything that is oversaturated in menswear blogging). As I started to find my own voice and see where there were holes in the [menswear blogging] market . . . this ended up leading me to this idea of approaching it from a philosophical mindset, as opposed to discussing the tactics of “Wear This With This” or “Don’t Wear This.”

You have a book coming out in the near future – can you tell us a bit more about that?

The book will be called The Appearance of Power; it’s a long form version of everything I have been talking about on Masculine Style throughout the past six years.

When you talk about sociology and philosophy, telling a story and communicating masculinity through your clothing, it really dives into a lot of the aspects – you really have to take it in the long format. In the book, I’ll be discussing the differences between visual appeal and visual power; how men and women dress and why [we dress differently from one and other] etc. I’ve got something in there called “The Battle Plan”, and that talks about the six components of what really needs to be factored into style . . . It’s a strategy book, as opposed to a tactical book.

Making The Jump From Blogger to Vlogger with Masculine Style 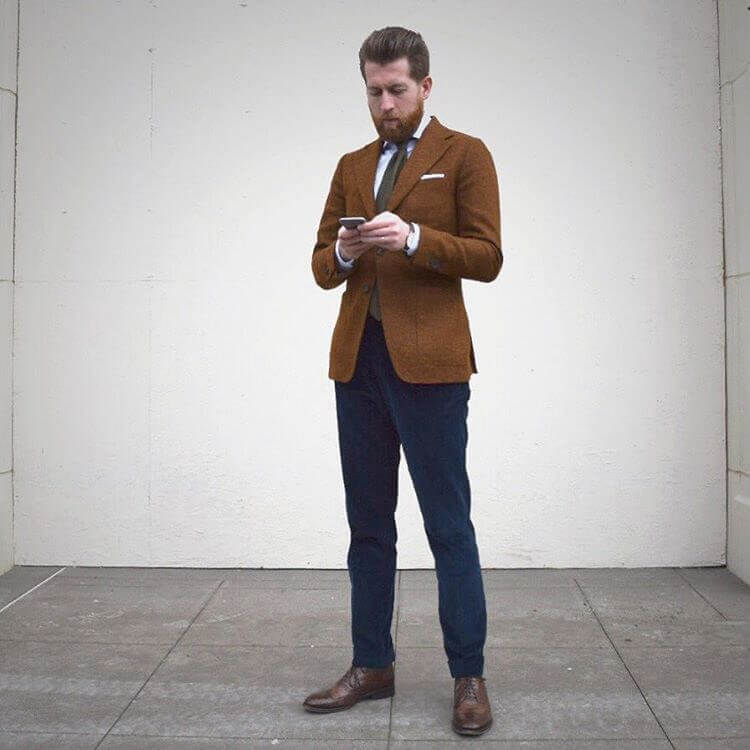 You joined Youtube 2014, but didn’t start posting videos on your channel until late-2015/2016. It seems that 2016 was the year of bloggers getting their Youtube channels up and running – how does making videos and posting vlogs on the Masculine Style channel compare to creating content for the blog?

I absolutely love it and I’m glad I made the jump to Youtube. [I had to work on] getting over the idea of having it be perfect, before I could hit publish on anything – which is why it took so long to actually get a video up on the channel. I let perfect get in the way of being good enough and taking action.

Now it’s actual work on my part to go back –  to write the blog posts and convert videos into written format – whereas turning on a camera and just going is so much fun; especially so, because of the immediacy it allows me with my audience. I’ll put up a video on Tuesday and then I will go through all the comments that will come through, and will put up a response video based on those comments on Thursday. It really starts to turn it into a conversation and a community.

Vlogging is so much more than just responding to comments [on a written blog post], because there’s so much more of a conversational aspect to it – you can see body language and visual aids, hear tone of voice, etc. which is really hard to get across to [your audience] when you’re just writing.

What kind of camera and equipment do you use to film, edit and produce your Masculine Style vlogs?

I am currently using a Canon T6i and it’s got just a kit lens. I also use a simple lav mic, with my Zoom H1 audio recorder, and occasionally I’ve got a shotgun mic on there. Other than Joby Gorillapod, I’ve just picked up a slider for some more of my B-Roll – it’s not a whole lot of gear.

I’m finding that the videos that I would rather watch are of higher quality in their cinematography – and I want to create content that I would enjoy watching. [Therefore, I’m getting] more and more into the cinematography [aspect of the filming process].

I use Final Cut Pro to edit my videos – I just upgraded a year ago from iMovie.

I just started with my phone; I didn’t have a microphone and I barely had a tripod. You have to do just that.

You save to go through that stage and recognize that your first videos . . . are going to suck. And In a year or two, you’re going to be totally embarrassed about them and you won’t want anyone to see them – and you have to be okay with that. That is the only way you’re going to get better, where you’ll be able to produce content at a [higher] level. You make to make mistakes to get to that point [where you content will be “good”]. 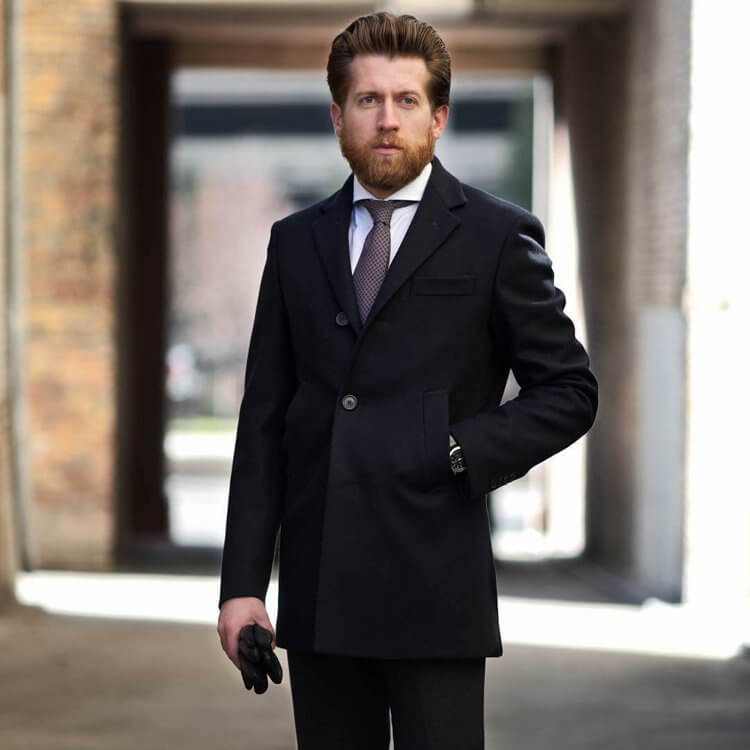 Lastly, going through your past interviews, articles, etc. on yourself and the Masculine Style blog I have seen every title except the words “Style Blogger” or “Fashion Blogger”, describing your position and relationship with the Masculine Style brand. Do you have any adversity to these terms – or is this just a coincidence?

That’s funny, I haven’t paid attention to that; I have no qualms about calling myself a style blogger.

Having spent time on the other side of the industry [at Beckett & Robb], where I was actually involved with a brand and making a physical product . . . you have two very different tribes: those who are making stuff and those who are writing about stuff, and there isn’t a whole lot of overlap. I think that was why I probably didn’t use it [the term blogger] as strongly; up until a month ago, I had one foot in both of those worlds and now it’s entirely working from the blogger and influencer aspect of it.

“Fashion”, on the other hand, is a word I very actively choose to avoid. From my own experience (and from my experience with most of my clients and my readers) [the term] is mostly associated with femininity – which is not a bad thing at all. It’s just not my demographic or who I write for. Fashion is usually externally projecting onto the person wearing it; whereas, I’m trying to get men to understand is that your style is an external expression of who you are internally. It’s inward-out, instead of outward.

**All images taken from @tannerguzy