“I definitely had business goals going into it. I thought I’d might be able to turn it into something.” 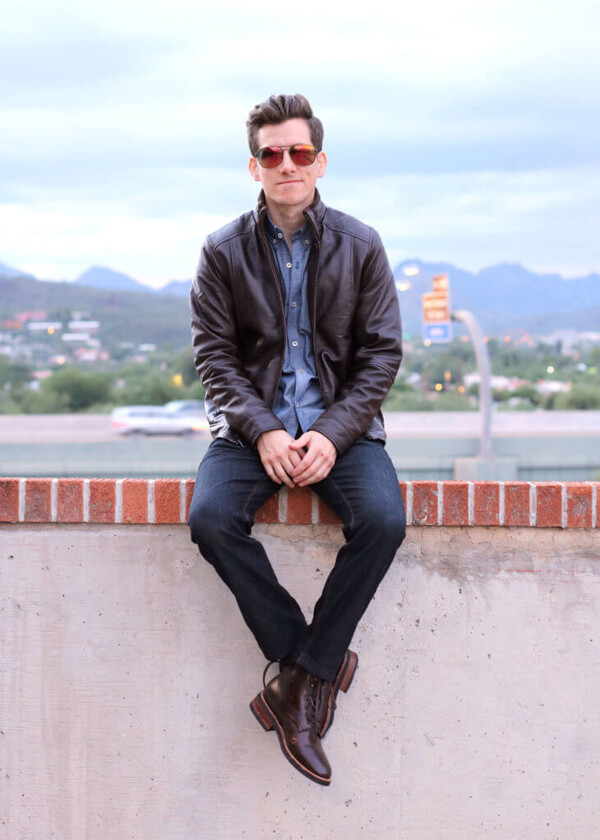 When Brock McGoff started The Modest Man in 2012, his goal was to create a blog that would provide style tips and fashion advice for men who are 5″8 in height and under.

“I was looking for specific advice,” McGoff said, about seeking out fashion advice for men of shorter stature. “There are lot of great style blogs out there, but I couldn’t really find anything specific [to my needs]. I kind of just started the blog I wanted to read.”

While McGoff admits that back in 2012 blogging was just starting to “blow up”, there were still many gaps in the niche markets that needed to be filled. He tapped into one and saw the potential early on but admits that, despite having business goals going into it, it “… was definitely an experiment” at the time.

Five years later McGoff is earning a six-figure salary as a full-time blogger. In addition to managing and creating content for The Modest Man brand, he also runs Manored (an interior design blog for men) and Full-Time Blog, a blog devoted to helping bloggers make a living solely through blogging.

We spent some time chatting with McGoff about making the transition from the working world to full-time blogger, and the necessity of publishing quality content in today's saturated fashion blogging world. We also discussed financial transparency between blogger and audience – read on if you're interested in learning McGoff chooses to publish income reports for his readers to peruse.

The Modest Man’s Brock McGoff at a glance… 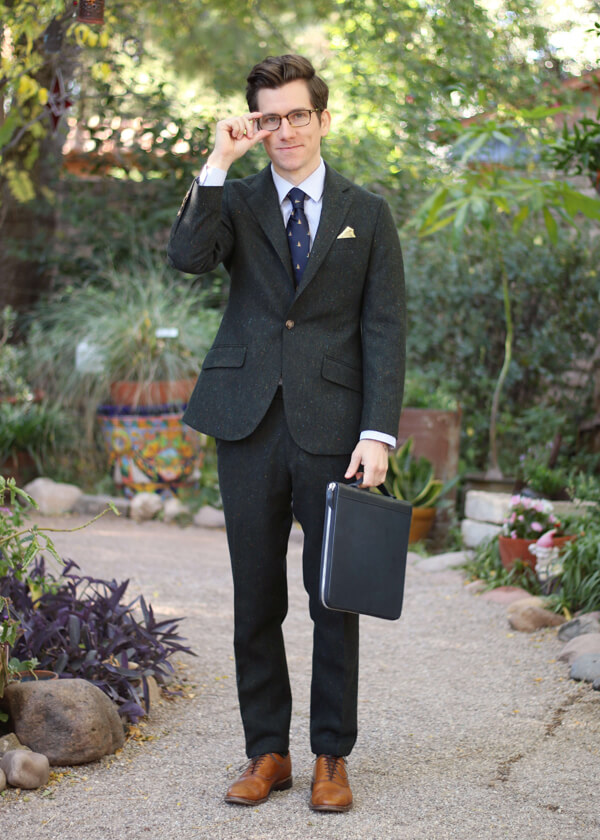 Making The Transition from the Working World to Full-Time Blogger

When did you make the jump to full-time blogger?

I tried to go full-time with the blog a couple of times . . . Officially, I went full-time with it at the beginning of 2016. I left my job late-2015, but I had some freelance stuff on the side to help with the transition. Last year was the first year that I was just doing The Modest Man [and not working elsewhere].

How much time did you put in during the earlier stages of The Modest Man, in comparison to the amount you put in today as a full-time career blogger?

At the beginning it varied widely. It’s hard to put in the time outside of your job, especially when you’re not really getting much positive feedback in terms of traffic, money, or just general attention from anybody. So… it varied. Some weeks it was a lot, some weeks it wasn’t. And there were months of time [in the earlier stages where] weeks would go by and I wouldn’t do anything on the blog. [Back then] I didn’t have a consistent posting schedule.

Do you have any tips for bloggers who work full-time, in addition to running their blog? Any advice for those who want to take their blog to the next level, but still need to hold down a full-time job to support themselves?

It took me three years to get The Modest Man to the point where I thought, ‘Ok, I could make a living through this. Let me go all in on it.’ But I think you could do it in a year in a half, maybe two years if you really work at it.

I think a lot of people get burnt out. They think, ‘Ok, I’m going to start a fashion blog and I’m going to do daily outfits.’ And it’s six months later and they’re just totally burnt out. I would say, at the maximum, do one post a week at the beginning and make sure it’s excellent. 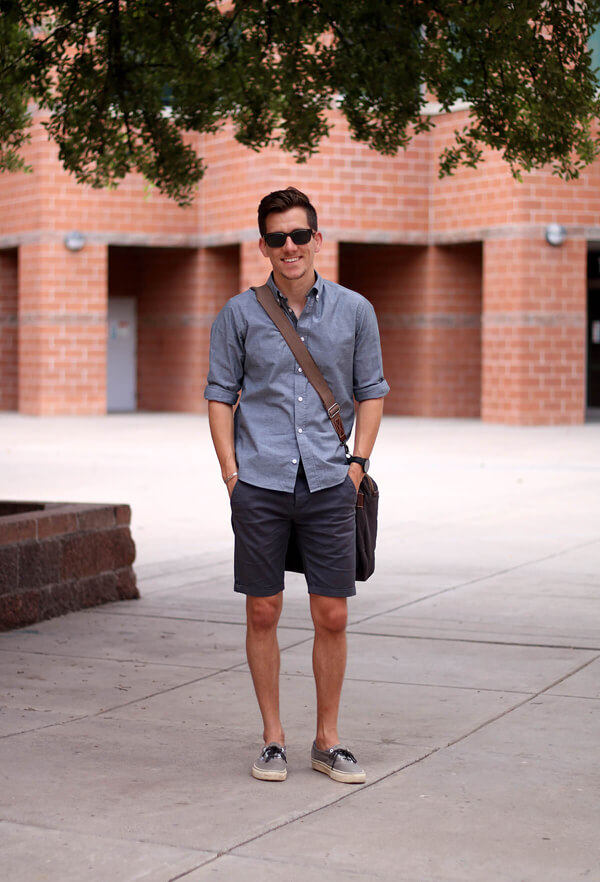 The Importance of Quality Content and Varied Media in Blogging

In a recent interview on Extra Paycheck’s podcast, you discussed the importance of creating quality content to generate blogging traffic.

With so many style blogs being “image heavy” in content, how important are the written aspects of a blog’s posts when trying to cultivate a loyal audience and following?

In these days, a lot of content is multimedia. If you’re planning on produce a piece of content on, say, [the topic of] “How To Care For Your Clothes” I wouldn’t even really approach it thinking [should this be written] as an article, or a video or [a bunch of] images? I’d think, ‘Ok, what media lends itself to this piece of content?’ If it needs to have text, a video and images that’s fine to do all three.

You have to have written content for search engines, because they’re not very good at interpreting pictures. That’s the problem with the “Outfit of the Day”-style blogs. If you have a piece of content that is made up of fifteen awesome images and two hundred words, it might be really nice for the reader to experience those images; but to Google it doesn’t look like a very valuable page because it’s “thin.”

Every post that you write and produce on your site should be in depth. [And by that I mean] in depth when it comes to the content and media support. Obviously, the better images you have, the better [your post will be]. Video is great too, but you have to have the written content or else you’re not going to get organic traffic.

You started The Modest Man YouTube channel in 2015. Were there any challenges you encountered when you began making videos? Any advice for those looking to branch out to YouTube?

Videos are tough to produce.

It’s a whole different skill set [when it comes to producing video content] . . . [It was a] learning curve [for myself], but I think it’s worth it. These days you can have your iPhone and a USB microphone, and you can make a pretty good video [with just that]. It’s a steep learning curve, but it’s not as steep as it used to be.

It’s worth investing in a decent camera (McGoff uses a Canon EOS Rebel T6i DSLR camera), but I think audio is more important. If you’re going to invest in something first . . . invest in a nice lav mic or shotgun mic, to make sure your audio is good. 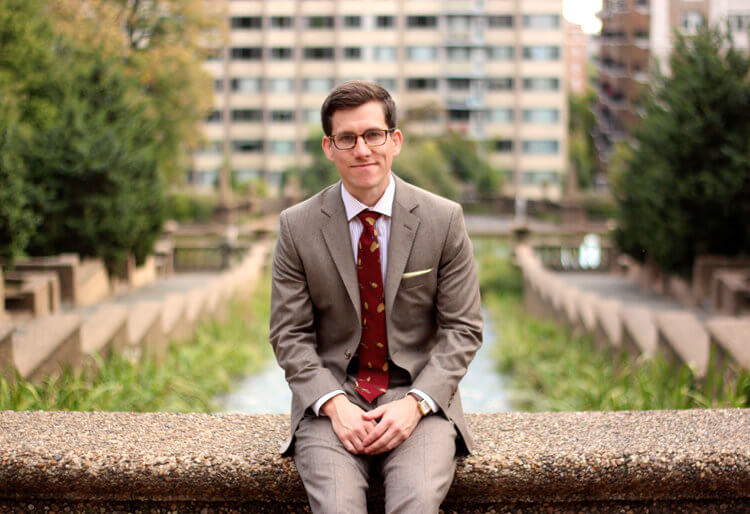 On Publishing Income Reports & Financial Transparency with Your Audience…

You are very upfront with your readers about how you earn your keep as a full-time menswear blogger – you even publish income reports on the blog. Why did you decided to do this?

There were a few reasons. [Firstly] this stuff is kind of fascinating to me, the world of blogging and online business. It helps organize my thoughts about the finances [of the blog].

The second reason is I get a lot of questions [about blogging and my income]. When you tell someone you’re a blogger and they ask, ‘Oh what does that mean? Do you make money?’ they really want to ask how much do you make (even if they don’t). I decided to put it all out there since people seemed interested in it.

The third reason is a see a lot of fashion bloggers, or any other kind of blogger, who’s blogs are underperforming. Maybe they don’t even think that it’s possible that they could be doing this full time; I want to help them realize what’s possible. There are plenty of bloggers who are more successful than me, but . . . I think a lot of bloggers (especially in the fashion world) don’t really know how big their blogs could be.

Do you see financial openness and, potentially, the publishing of income reports becoming a new trend within the style blogging community?

I think for some reason, in other [niche areas] like food blogs, there are [already] several blogs that publish income reports. [They even have] whole other businesses that help other food bloggers [to] make a living [through blogging].

For some reason, in the style and fashion community, it’s a little more [closed off]. You would be hard-pressed to find an Instagram influencer who tells you how much they’re making from a sponsored post.

Hopefully, it’s moving in [a more open] direction. You [should] have to disclose if you’re getting paid and it’s good to be transparent with your audience. Especially because people are skeptical these days of any kind of content – half the time, you don’t know if something has been paid for.

*All images from The Modest Man