Vero for Fashion Bloggers: What You Need To Know About Instagram’s Newest Rival

IFB » Social Media » Vero for Fashion Bloggers: What You Need To Know About Instagram’s Newest Rival

Have you heard of Vero, the newest social media platform that’s giving Instagram a run for its money?

Instagram currently has over 800 million monthly active users, and is the most popular photo and video-sharing platform on the web. But last week a new social media app caught the attention of Netizens. Publishers are calling it the “Instagram killer”.

It's the social media platform that allows its users to post whatever they like and share their content with a social network they can control. It’s algorithm- and advertiser-free, and posts are shown to users in chronological order. Users can share everything from images (that don't need to be resized), linkslatest blog posts. On top of that, they can also share what books they're reading with their following. And their favourite songs.

Founded in 2015 by Lebanese businessman Ayman Hariri, the app bills itself as an ad-free platform and the “social network that lets you be yourself.”

Content on Vero appears in chronological order and users can share images, links, music, videos, and more with their followers. The app also boasts a good selection of filters, and images don’t need to be resized in before being posted. You can also shop on the app, listen to music, share the books you're reading and much more.

And while the app is free for the first million users that sign up, those who want to join Vero down the line won't have it as good.

“As a subscription-based service, our users are our customers, not the product we sell to advertisers. Our subscription model will allow us to keep Vero advertising-free, and to focus solely on delivering the best social experience instead of trying to find new ways to monetize our users’ behavior or tricking them back into the app with notifications.”

Essentially, the app plans to service its users (as they’ll be the platform’s source of revenue), instead of prioritizing advertisers and publishers that fund platforms by purchasing ad’s.

But what does this mean for bloggers, influencers and creators? Should we be embracing this new platform or passing it off as a fad? Is it worth trying to build a whole new following on another new platform? IFB is getting into all of it below…

The short answer is yes. 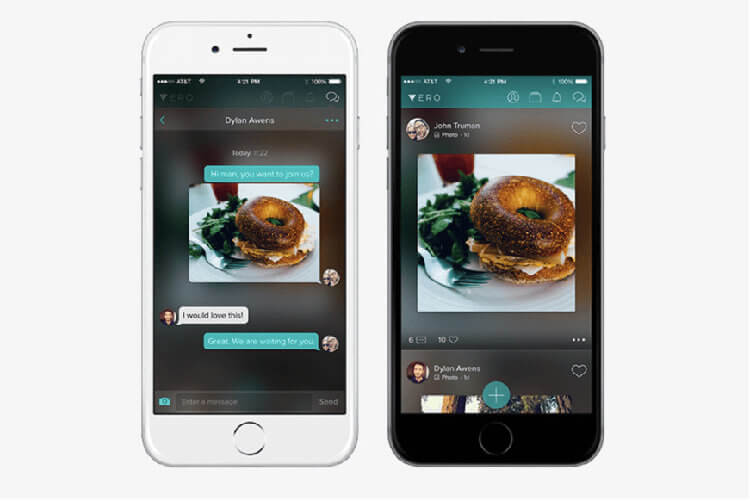 Until Vero has over a million users, the app is free to download. Members that join in the near future will receive a lifetime subscription to the platform. It's also a good idea to claim your handle and username, even if you don't plan on using the social media platform in the future.

But experts say Vero will need to come a long way before it rivals other social media platforms. It's also not the easiest platform to use, as the company works through numerous bugs, glitches and server issues.

“The functionality [of Vero] will take some getting used to; it’s a little bit clunky,” social media strategist Alpana Deshmukh told moneyish.com “The big question is, for influencers, what’s the objective to migrate here? Is Vero for sharing work within a personal network and keeping it social? If so, it would seem to serve that purpose,” Deshmukh added. It might be challenging for ordinary users to add a new social platform into their existing mix, she noted, although brands might have the bandwidth to shoulder the burden for marketing purposes.

So… What's All The Bad News About?

Vero is still in beta version, which means its plagued with plenty of glitches and bugs. The company is also scaling its servers to cope with its increase in demand, and the app constantly keeps crashing. If you're planning on signing up, you will need to be very patient with it.

Vero also doesn't seem to have a Stories feature, status box (that user's can update by text) and the abilities to make groups/pages. While this doesn't mean it won't have these features in the future, bloggers that rely on these features to promote their work may be less inclined to make a Vero account.

How Does Vero Make Money?

Vero says it will eventually rely on user subscriptions for the bulk of its revenue. And as there are no ads on the platform, there is no algorithm and posts can't be boosted. Therefore, members will ultimately pay “a small annual subscription fee” to use the platform (CNBC reported the fee will be “a few dollars a year”). Vero also takes a cut from products other companies sell within the app.

While social media fans may not be too happy about paying for a platform, this ultimately means that Vero won't have to take money from advertisers – which means, no boosted posts and no algorithm.

Vero is an app to watch.

It will be interesting to see whether it continues to remain popular in certain niche markets (like cosplay and tattoos), or it it becomes a staple on our home screens. In the past few years, Instagrammers and Snapchatters have been upset over algorithm changes that have been implemented. But, unlike other changes, which people have gotten used to over time, frustration seems to have only intensified over time.

Either way, keep you eyes on this app; it will be interesting to see how Vero's future plays out…

Have you tried Vero? What are your thought on the app? Let us know in the comments below…