Why There is No Such Thing As “Privacy” On Social Networks 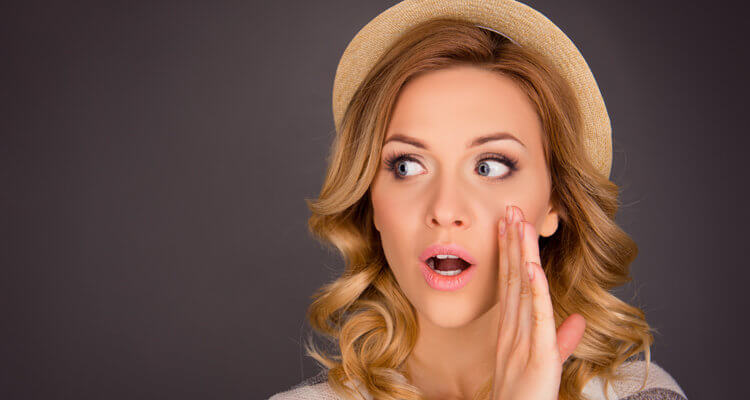 Yesterday news broke that Randi Zuckerberg, former Marketing Director at Facebook mistakenly posted a family photo (reacting to the new “Poke” app on Facebook) to her subscriber feed. She thought the photo was only for the eyes of her close friends and family groups in her Facebook feed, but with the confusing privacy settings it leaked onto her public profile. When a Randi Zuckerberg subscriber, Callie Schweitzer posted the photo on Twitter, Zuckerberg tweeted:

Digital etiquette: always ask permission before posting a friend's photo publicly. It's not about privacy settings, it's about human decency

When the subject of online privacy in social media comes up, the offenders and the pedantic cry out, “You should have read the Terms of Service!” or “You should have stayed informed about the most recent the privacy settings!” But when even the closest to the top can't even keep things straight, what's that say about the rest of us who have better things to do all day than brush up on Legalese? Or incessantly check up on what's changed in our privacy settings?

It's a Brave Old World

It's easy to feel ownership over your social media profiles, after all, we have followers, we grow traffic and influence from the work put into social media, but the truth is, the old saying “There's no such thing as a free lunch” applies even in the newest of technology.  When it comes to using sites for free, users have little power over what ultimately happens with the website. We all learned this a nine days ago with the Instagram PR kerfuffle when they tried to open our Instagram content up for monetization by changing the terms of use to include selling our ‘grams without permission. They may have changed back temporarily, but history has shown a continued course of privacy stripping in social media and it's hard to believe it won't be long until something like this happens again.

The truth is, “privacy” has never changed, even in the digital world. Perhaps we've become too loose with what defines a “friend” now that it's possible to “Friend” someone with the click of a button. When it comes to private information, how close does one have to be to share an ATM pin code, or private moments with loved ones? Or what I really think about my mother in law? Perhaps now, more than ever, privacy should be handled, privately. Shared behind closed doors and quiet voices, with people who truly have earned real trust.

As bloggers, sending mixed messages to readers, “Look at me, look at me, look at me” then “Don't look at me here” can lead to confusion, hurt feelings and several branding issues, maybe even PR mistakes like Randi Zuckerberg's. In this day and age, it doesn't take great detective skills for fans to find bloggers. Many bloggers have expressed how quickly the lines between personal and public get blurred in social media. Especially on Facebook. Real friends want to keep in touch, but then blogger friends start getting in touch, then fans and so on. Especially for those of us who started before the Facebook Fan Page,  it was difficult to choose between using Facebook for personal or professional use, leaving our friends list overly complicated on top of an overly confusing Privacy Policy. It's best to treat all information that goes on social media sites as though it were left on a telephone pole on the street (hopefully a well-placed telephone pole that promotes your blog).

Social Networks are wonderfully fun tools that have helped a lot of people make careers and build audiences. But make no mistake, there is no such thing as privacy for anyone in this space.