Will The Blogger Making $10K Outside NYFW Please Stand Up? 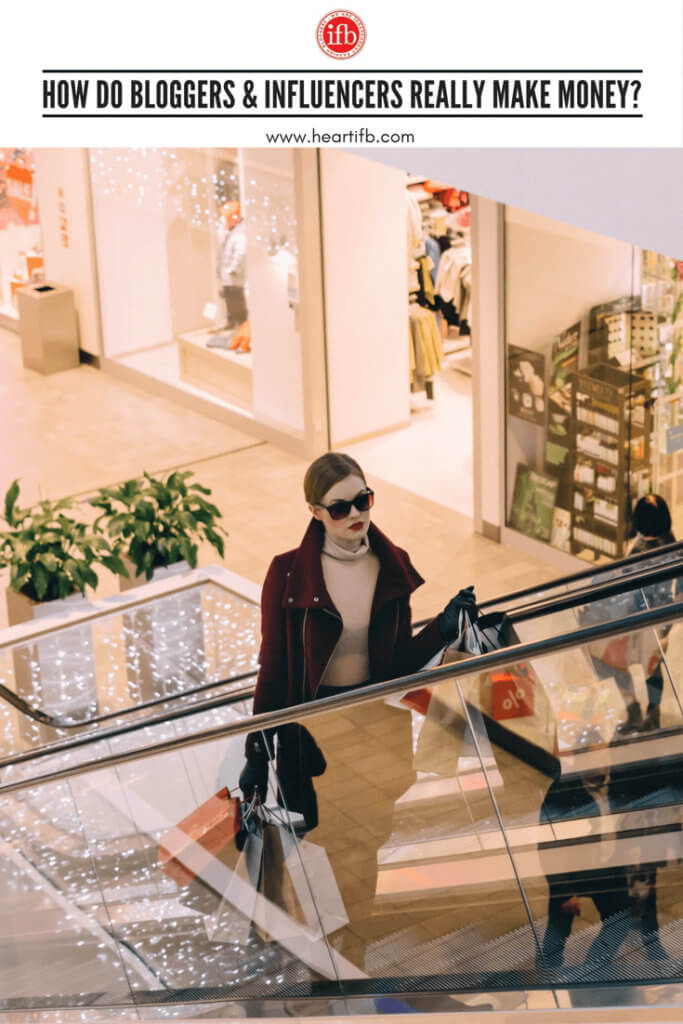 Last week, the New York Times published an article about how bloggers were paid to wear clothes to Fashion Week so they can get shot by street style photographers, “Popular bloggers and other so-called influencers can earn $2,000 to $10,000 for a single appearance in their wares.” For those in the blogging business this news came as a shock,  Yuli Ziv tweeted, “I want to see a copy of the $10K check a brand paid to a blogger for a single appearance in their wares during #NYFW. ” For others on the brand side, this may not have been so shocking. On Facebook, Dina Fierro, HL Group's  Managing Director, Social Media commented on IFB's Facebook Page: “I can confirm that it does indeed happen, though I find it an unfortunate use of marketing dollars.” When contacted to elaborate and or confirm Fierro declined to comment.

So, does this really happen? If a blogger did get paid money, it would have to be a blogger who has a very good chance of getting photographed or had a great reach, and the photograph being republished. Leandra Medine, wrote of the article on Manrepeller, “It was a smart read: interesting, informative and conceivably true.” No one doubts that it's a practice that's conceivable, but someone has yet to admit to being a part of it.

“I honestly have never been paid to wear clothes for fashion week” ~Nicole Warne, Gary Pepper

The Times highlighted a few bloggers in the article without directly saying any of them were paid to wear clothes to fashion week. Nicole Warne of Gary Pepper, who has been shot on the likes of Street Peeper, and Bazaar, was mentioned in the original NYT article about wearing gifted clothes, a common practice in the blogging industry. “I honestly have never been paid to wear clothes for fashion week or on my blog for that matter. I think a blogs survival relies heavily on the trust you have with your readers.” Says Nicole in response to the article. She went on to say that no one identified themselves from the New York Times during fashion week when asking about her clothing.

If it's not the individual bloggers listed in the article, are the blogger agencies brokering these deals? Keiko Groves a blogger represented by DBA, tweeted, “It was this part that made my head spin: ‘…popular bloggers…can earn $2k to $10k for an appearance in their wares.' WHAT.” Karen Robinovitz, Co-Founder and Chief Creative Officer of DBA was quoted in the original article “We all know that there are celebrity endorsement deals…On some level this is a piece of the same thing.”  When contacted by IFB to clarify her thoughts on the article, Robinovitz elaborated, “Often times, the brands will then offer product to talent who may wind up wearing during Fashion Week where they may be shot by street style photographers but the agreement did not include a clause that explicitly said, ‘wear during Fashion Week to be shot by street style bloggers.'”

In a post on Socialyte today, Daniel Saynt wrote, “Has street style lots it’s integrity? Who knows? All I know is that if there are hundreds of people fighting to get your picture, you’re no longer just a blogger, you’re a celebrity, and celebrities deserve to get paid. I can’t control that being outside of fashion week is a total shitshow, I can just try to figure out ways to hone it in and make money in the process.” It's not clear if the desire to make money equates with action, or Socialyte is indeed brokering the deals where bloggers are being paid for wearing clothes to be shot by street style photographers, as Saynt continued, “We’ve never been the type to just pay someone to wear something.”

Last but certainly not least, the photographers themselves. They are the ones who photograph, edit and publish what goes on their blogs. It seems strange that the bloggers and the brands would have a financial relationship without the crucial component (the street style photographer) in the know. Phil Oh of Street Peeper, who was quoted in the original NYT article elaborated on his observations about this alleged phenomenon, “I've only heard second-hand that certain people were either asking to be paid, or have been paid in the past to wear certain brands.  So I really don't know what's true.  I think its far less widespread than the article made it out to be.  But I also think people are trying to create a market for this sort of service, and I'm a bit concerned what sort of long-term effects it'll have on our lil' industry.”

Getting paid to wear clothes to is not a crime, though not disclosing the financial relationship is a violation of the FTC Guidelines, if a blogger publishes on their websites. Ultimately, it's not the fact that it happened that causes the questioning, it's the fact it's being publicized as a common occurrence, yet no one is able to officially confirm just who is doing it. The New York Times would have had a thoughtful story if it were to actually highlight a campaign where a blogger and a brand collaborated to create street style-esque, or a story where a brand and blogger were found to hide this relationship, but unfortunately, neither was actually accomplished, because we're still not sure anything actually happened.

Ultimately, everyone we asked from the original NYT article has not been financially compensated or involved in a blogger-gets-shot-by-street-style-photograper deal. Did it really happen?