The Point Of The Exclamation Point In The Digital Age 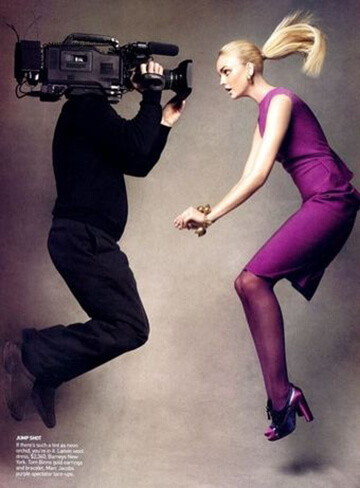 The New York Times recently highlighted a topic that I know has been discussed by many a editor, but maybe hasn't been tackled by web-savvy bloggers: the recent over usage of the exclamation point!!!

Who's to blame for the spawn of the over-exclamation era? As the author of the Times' piece points out, it seems to be correlated with our expansion in technology and how we express ourselves on it. We've become bored from reading email after text after Twitter status update, and we feel the need to shout louder just to be heard, “The unsurprising result has been Weimar-level exclamation inflation, where (it sometimes seems) you have to raise your voice to a scream merely to be heard, and a sentence without blingy punctuation comes across like a whisper.”

This has expanded beyond the exclamation point — even the slightest misstep in punctuation can have a different meaning, a different feel. With the kind of thought and apprehension one might have texting a crush for the first time, if the “rules” of digital age punctuation doesn't come naturally, you may sound antiquated or awkward (though it may be correct English).

Punctuation has taken on new nuances: a period after a sentence via text message can seem condescending, using two question marks is an aggressive way to ask a question, and exclamation is provided with three exclamation marks, not one.

Furthermore, my favorite part of his dissection of grammar was this little anecdote and explanation of how we perceive punctuation in the digital age:

“My 21-year-old daughter once criticized my habit of ending text-message sentences with a period. For a piece of information delivered without prejudice, she said, you don’t need any punctuation at the end (‘Movie starts at 6'). An exclamation point is minimally acceptable enthusiasm (‘See you there!'). But a period just comes off as sarcastic (‘Good job on the dishes.'). For similar reasons, the Obama campaign has encountered blowback over the punctuation in its slogan for the 2012 campaign, which is ‘Forward.' — period included. Austan Goolsbee, the former chairman of the National Economic Council, has been quoted as complaining that because of the period, the feel of the slogan is ‘like forward, now stop.'”